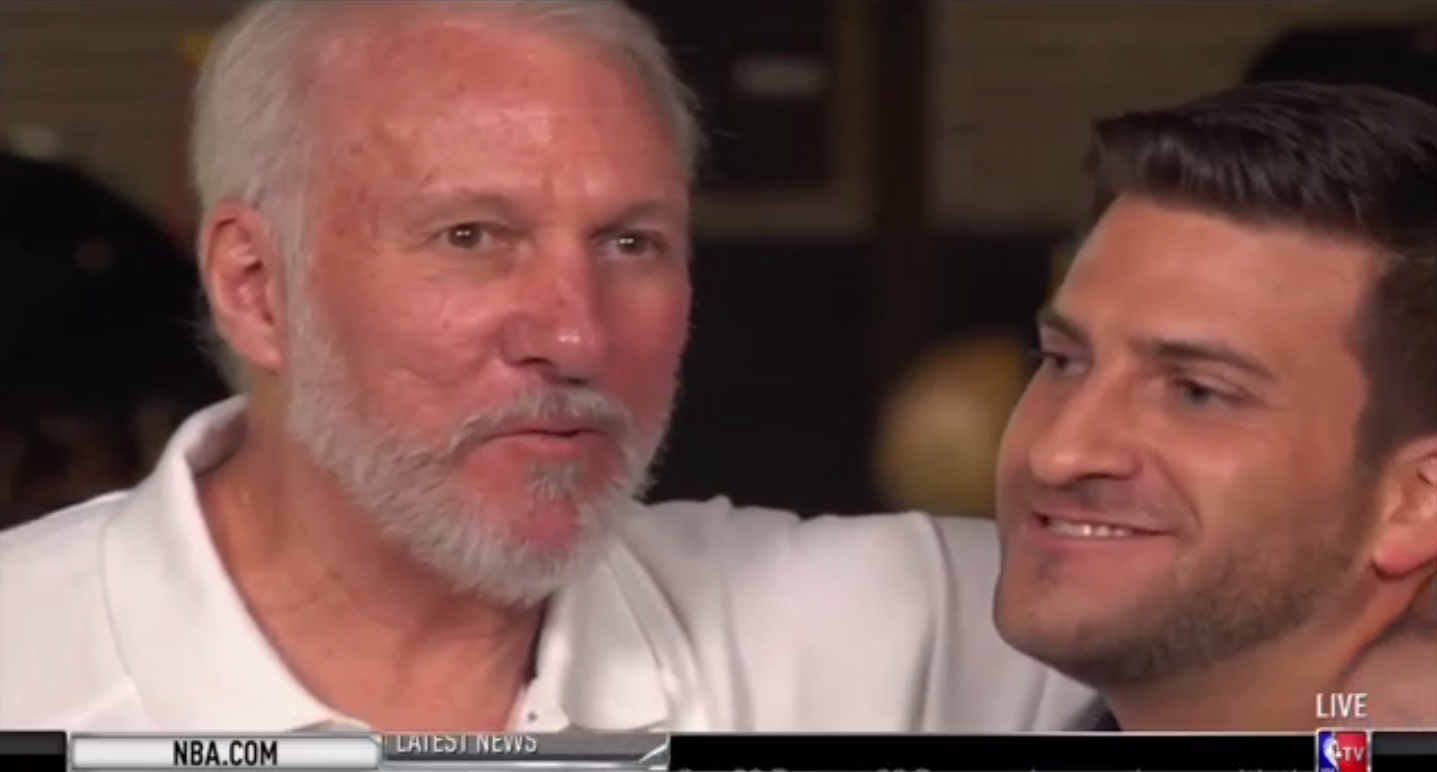 Aside from a good bottle of vintage wine, Gregg Popovich enjoys nothing more than being a total jerk to those pesky reporters who constantly stick microphones in his face.

During his first televised interview of the new season Monday, Pop tortured poor Jared Greenberg, who had been given the thankless task of talking to the San Antonio Spurs head coach by NBA TV.

After refusing to answer a bunch of questions about his beard and free agent signee LaMarcus Aldridge, Popovich gleefully admitted that he was being an a-hole on purpose.