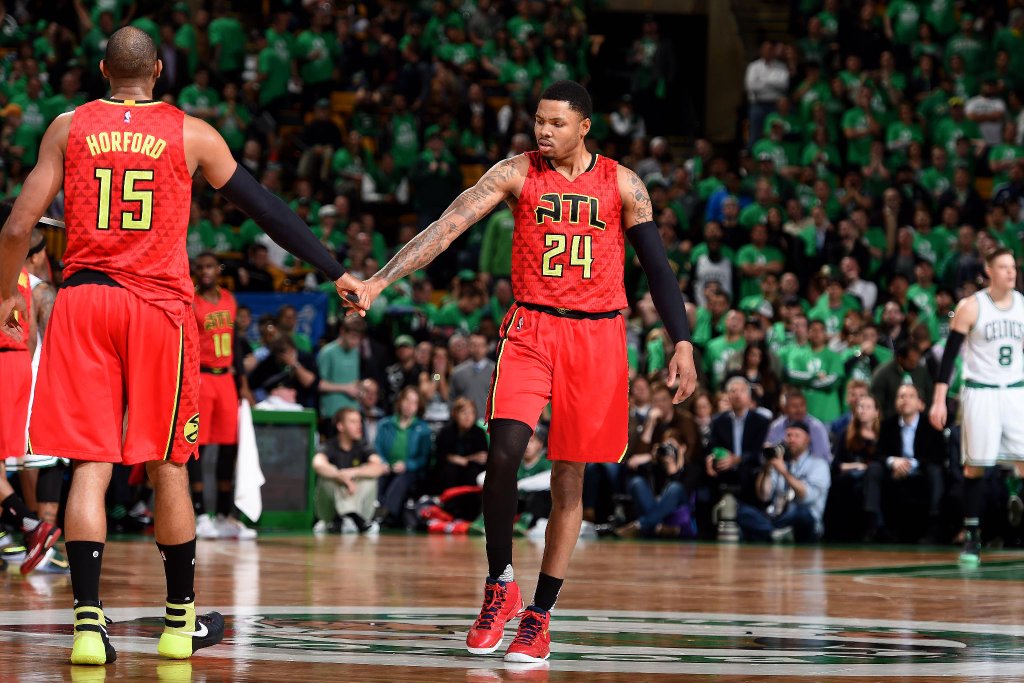 The Atlanta Hawks took out the Boston Celtics in Game 6 Thursday night, eliminating the C’s on their homefloor with a 104-92 victory.

Paul Millsap led the way for Atlanta with 17 points and eight rebounds, as his squad advanced to the second round of the NBA Playoffs.

Al Horford and Kent Bazemore each added 15 points for the Hawks, who will face the well-rested Cleveland Cavaliers starting Monday.

“Good to finally beat them,” said Hawks point guard Jeff Teague, who was on Atlanta’s 2012 team that lost to Boston in the first round. “It feels good.”

The Celtics’ last three playoff appearances have ended in first-round exits. […] Coming off a 27-point win in Game 5, the Hawks took advantage of poor shooting by Boston on Thursday, building as much as a 28-point lead.

Atlanta blew the game open with a 39-point third quarter in which it shot 74 percent from the field. […] “I think we learned from before with this team that no lead is safe,” Horford said. “To start the third it was important for us to get off to a good start and just keep attacking and have that mentality of keep attacking play after play. I felt we did that consistently in the third and that was the big difference.”