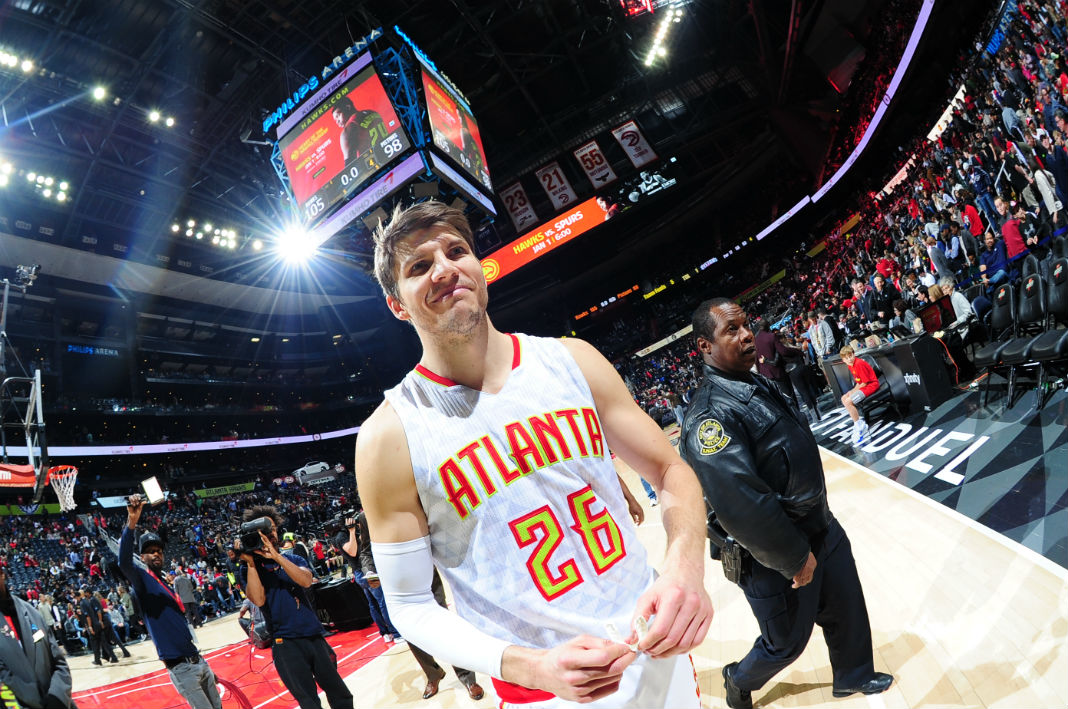 During his five-plus seasons with the Atlanta Hawks, Kyle Korver made it to the playoffs four times and to the All-Star Game once. He became one of the League’s most deadly shooters, making 50% of his three’s in 2014-15. That’s insane.

Korver was traded to Cleveland earlier this season and in his first return to Atlanta, the Hawks made sure to show him the love.

The Hawks say thank you to Kyle Korver. pic.twitter.com/Lba3Osmx0q