WATCH: Jahlil Okafor Knocked Out Some Guy in Boston 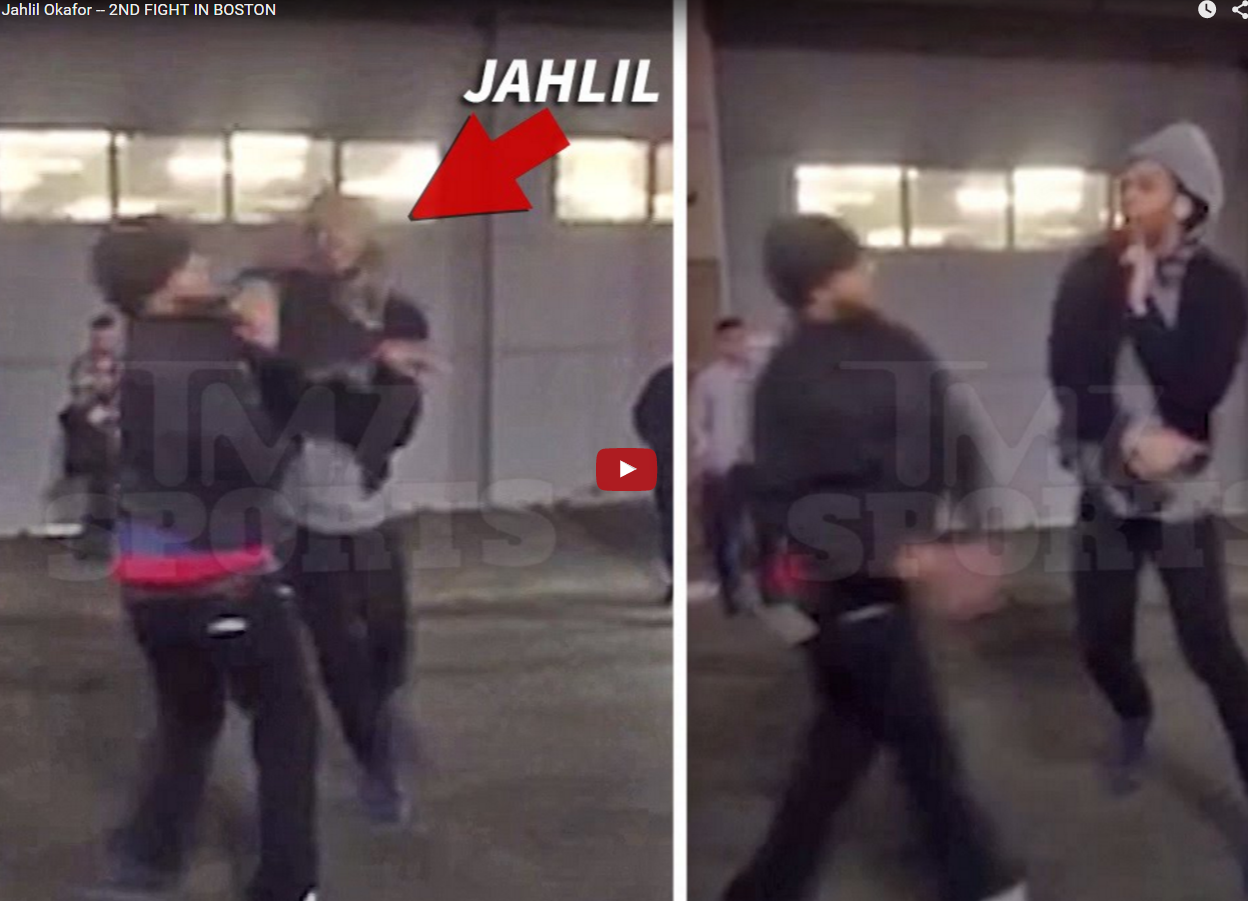 It turns out that Jahlil Okafor got into two streetfights last week in Boston—TMZ has the grainy cellphone footage of the big guy evading those who were restraining him, and knocking some dude out cold (and leaving him with a bloody gash near his eye.)

The Philadelphia Sixers are assigning their prized rookie a security guard to tail him on all outings, which seems like a wise decision.

The Beantown Police, meanwhile, is said to be considering charges against Okafor:

Witnesses at the scene say the new footage takes place AFTER the first fight on Nov. 25th … a little further down the street.

In the video, you can see the 6’11” rookie trading insults with a heckler — while people in Okafor’s crew tried desperately to hold him back and walk him away from the situation. […] Okafor breaks away and throws punches at the heckler … and a melee ensues.

You can see a man gets knocked out cold in the street — suffering gashes on his face — but it’s hard to tell who threw the punch. […] A witness tells us it was Okafor who “hit the guy with a haymaker.”

Related
Jahlil Okafor Says Getting into a Streetfight Was ‘Dumb’