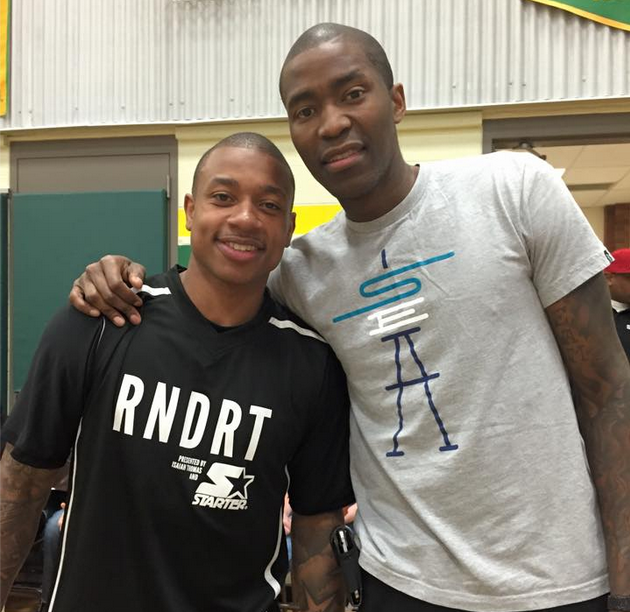 Jamal Crawford was one of several NBAers in the building, and despite hooping in a pair of jogging pants, the eternally-flashy LA Clippers guard put on a show.

Nate Robinson, Brian Scalabrine and Kelly Olynyk (who was briefly victimized by a Crawford nutmeg) all showed up as well.