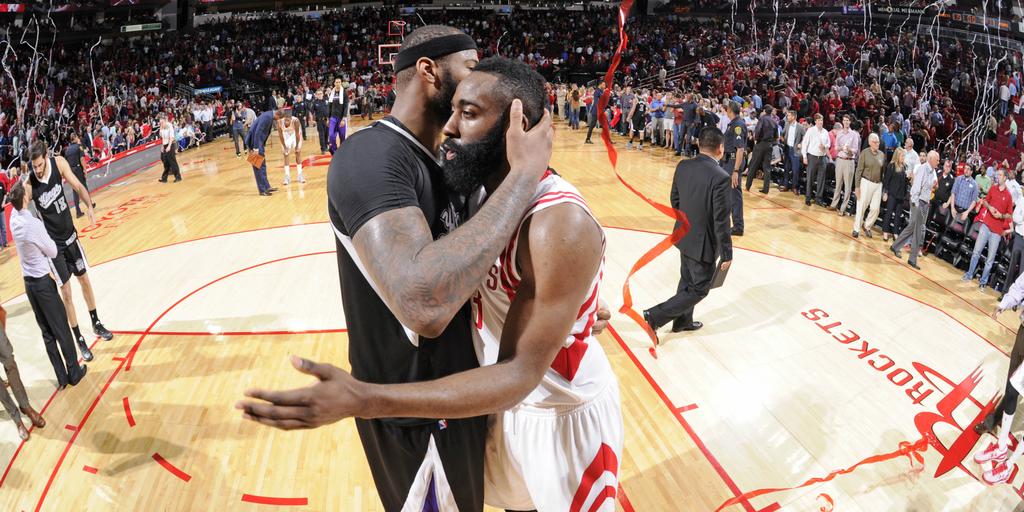 Houston Rockets All-Star guard James Harden solidified his MVP case by reaching the 50-point plateau for a second time this season Wednesday night, dropping in a career-high 51 in a 115-111 win against the visiting Sacramento Kings.

Harden is the first Rockets player ever with two 50-point games in the same season. He and Kyrie Irving have hit 50 twice this season.

Harden went 16-of-25 from the field, while making 8 of nine of threes attempted.

DeMarcus Cousins had a big night in the loss, as he registered the second triple-double of his young career—24 points, 21 rebounds and 10 assists.

Harden said he fed off Cousins’ play. […] “I had to match his energy,” Harden said. “If he takes over the game and he is doing everything, I have to bring that same intensity to even it out. He is a great player and I wanted to match that intensity. He had a great game tonight.”

In the win, the Rockets welcomed back forward Terrence Jones, who has missed the last two weeks after suffering a partially collapsed lung against Denver on March 19. […] “I felt good,” Jones said. “I just wanted to be a rim protector. I saw how small we were in the Toronto game (on Monday) and I felt like we needed another big body down there.”