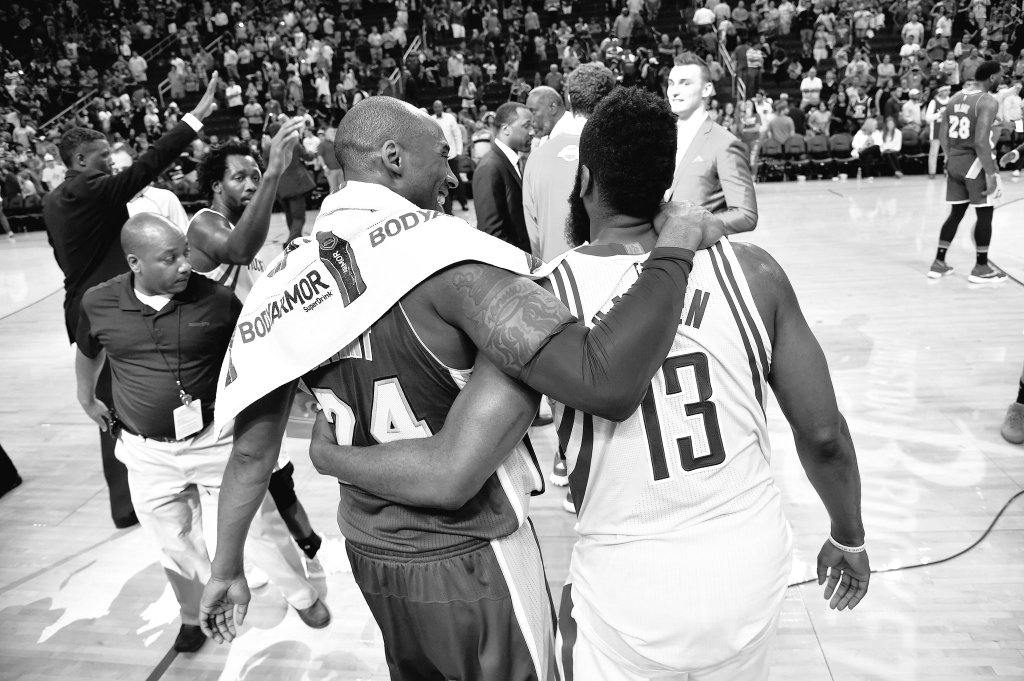 Despite an impressive 35-point performance from Kobe Bryant in his final trip to Houston, James Harden (40 points) and the Rockets held off the visiting Los Angeles Lakers for a critical 130-110 win Sunday.

Harden scored half of his points in the fourth quarter, and asked Kobe for some help getting the Rockets into the postseason.

Asked what he told Kobe after the game, said Harden: "We need y'all to beat Utah. I mean, we need some help."

The Beard coughed up the rock four times, and set a new NBA record for turnovers in a season by reaching the 370 mark.

Harden scored 20 of his 40 points in the fourth quarter, and Houston kept its playoff hopes alive with a 130-110 victory. Utah won 100-84 at Denver, so the Rockets remained one game behind the Jazz for the eighth and final playoff spot in the Western Conference. […] The Rockets close out the regular season with Minnesota and Sacramento. The Jazz play Dallas before finishing the season on Wednesday against the Lakers in Los Angeles.

Bryant laughed when asked about Harden’s request. […] “He did. He did,” Bryant said. “I said ‘Well they beat us by 40 the last two times we played them, so third time’s the charm.'”

Harden, who paid homage to Bryant by wearing an early pair of his Adidas shoes, also had 13 assists. Trevor Ariza and Patrick Beverley scored 19 points apiece for the Rockets (39-41), who had lost two in a row.