WATCH: Jordan Clarkson With a Monster Dunk on Alex Len 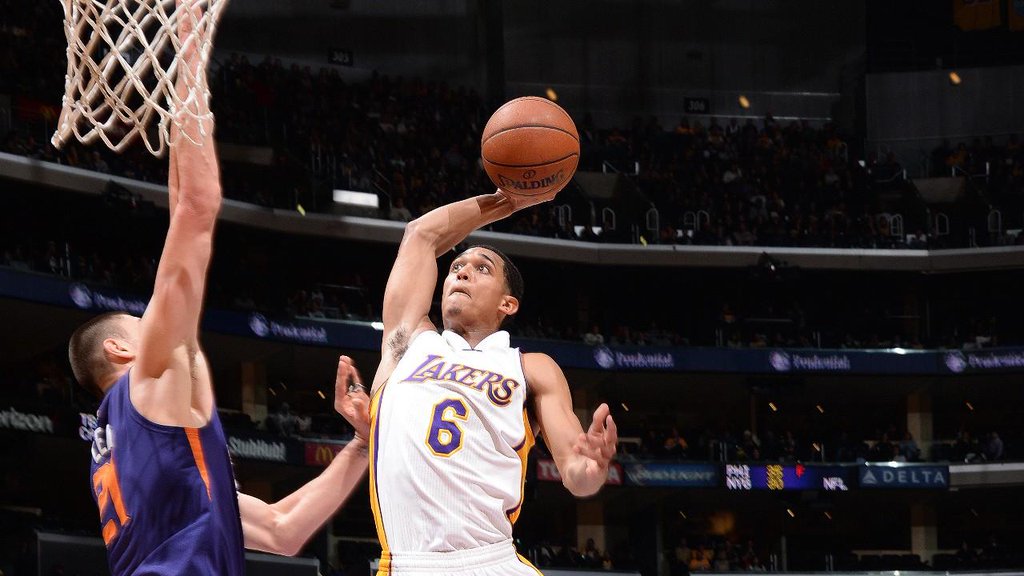 The Los Angeles Lakers (8-27), winners of three in a row, are suddenly one of the NBA’s hottest teams.

Jordan Clarkson put the exclamation point on the Lakers’ 97-77 beatdown of the visiting Phoenix Suns by viciously slamming over 7-1 center Alex Len.

Clarkson said Kobe told him he's "been going to the hole like a light skinned dude. I have to start throwing down as a dark skinned dude"

… and Lou Williams led the way with a season-high 30 points.

(Byron) Scott was most unhappy with Julius Randle, the only player he called out by name for his indifferent play in the fourth quarter. Randle didn’t stick around to face the media after the game either, apparently preferring not to talk about his 0-for-4 shooting night or the complaints he directed toward teammate Marcelo Huertas, who he felt didn’t get him the ball often enough in the fourth quarter.

In the end, though, the Lakers (8-27) extended their season-best winning streak to three games amid a slew of firsts. […] They allowed season lows in points in the first quarter (10), second quarter (12), first half (22) and the game.

And they did all this with Kobe Bryant sitting out for a second straight game because of a sore right shoulder, on which he received treatment right up until the start of the game.