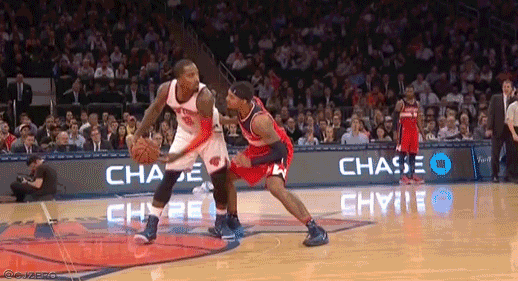 There’s now speculation that the NBA could look into punishing Smith.

J.R. Smith’s availability for Wednesday’s game in Detroit could be in doubt if the NBA deems his fourth-quarter incident with [Glen] Rice Jr. intentional. The Knicks’ volatile shooting guard was caught on video appearing to whack Rice’s groin while Smith was dribbling in the Knicks’ 98-83 loss to the Wizards.

Rice crumbled to the floor, but was assessed a blocking foul on the play.

According to a Wizards team source, Washington believes Smith did it intentionally with the Knicks trailing by double digits. Smith didn’t make himself available for comment after the game.