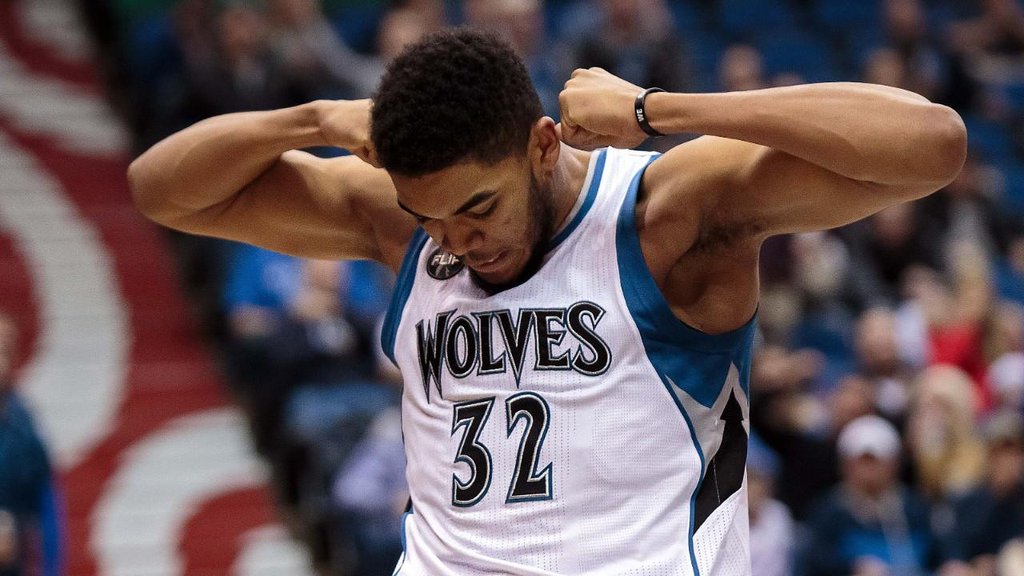 Karl-Anthony Towns delivered a strong message Wednesday night about his Rookie of the Year candidacy heading into the NBA All-Star break, dominating the visiting Toronto Raptors in a 117-112 win.

Towns set a career-best with 35 points, while pulling down 11 rebounds.

Andrew Wiggins scored 13 of his 26 points during the T-Pups’ fourth quarter rally.

Ricky Rubio had 19 points, eight assists and eight rebounds to outplay All-Star guard Kyle Lowry, and the Wolves used a huge advantage at the free throw line to close out a team that had won 14 of its last 15 games. […] The Wolves have lost five games this season when leading by at least 17 points. They trailed by 18 in the second quarter and flipped that script.

The Raptors appeared to be cruising toward a highly anticipated weekend in Canada when they raced out to an 18-point lead in the second quarter. Then Lowry picked up his fourth foul, Jonas Valanciunas couldn’t handle Towns in the paint and the Timberwolves came all the way back to grab the lead early in the fourth quarter. […] “They’re just another team to me,” Wiggins said when asked if there was something special about beating the team he grew up watching. “Another team to beat.”