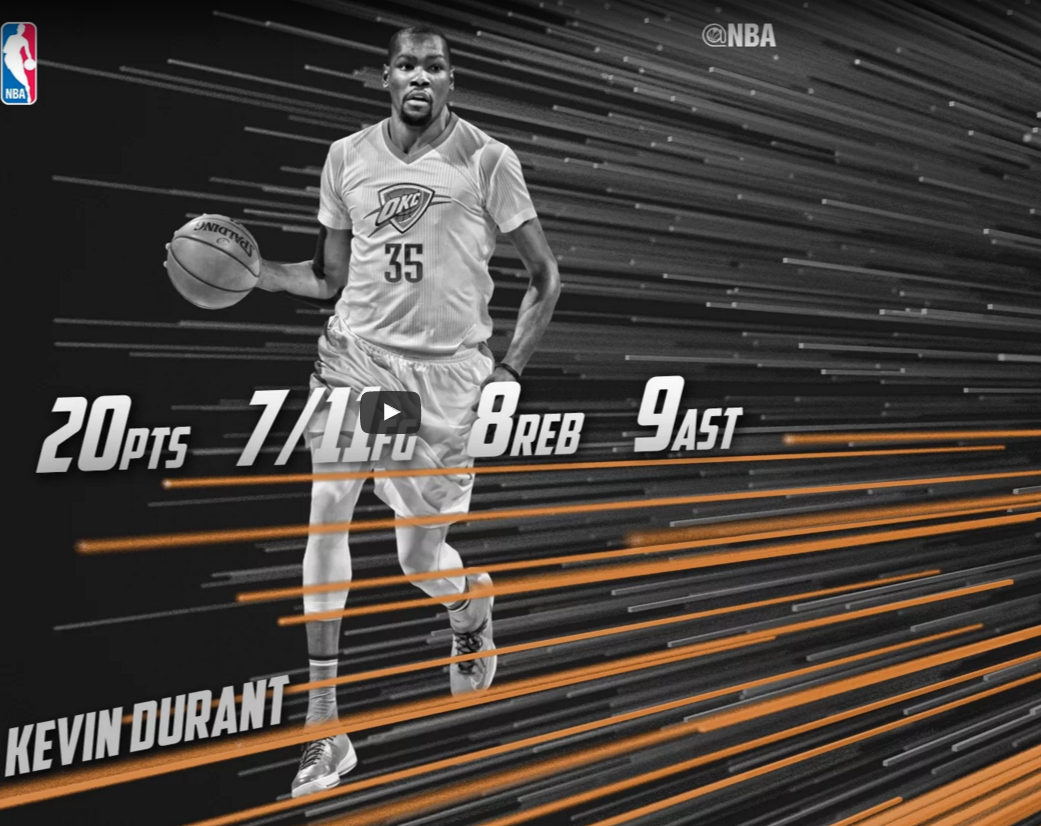 The OKC Thunder earned their sixth win in a row Thursday night, taking down the visiting Utah Jazz 113-91, and Kevin Durant filled the stat sheet with 20 points, nine assists and eight rebounds.

Russell Westbrook’s triple-double streak came to an end at three, but he still pumped in 15 points to go along with nine dimes and seven boards before taking a seat for the whole fourth quarter.

Durant had 20 points, nine assists and eight rebounds to help the Oklahoma City Thunder beat the Utah Jazz 113-91 on Thursday night for their sixth straight victory. During the winning streak, the four-time scoring champion is averaging 7.2 assists and has at least six in five of the six games. […] “It helps a lot,” Westbrook said. “There’s a lot of pressure on him, with two or three guys on him. He’s finding open guys and guys are making shots.”