WATCH: Kobe Bryant Erupts for 60 Points in His Final Game 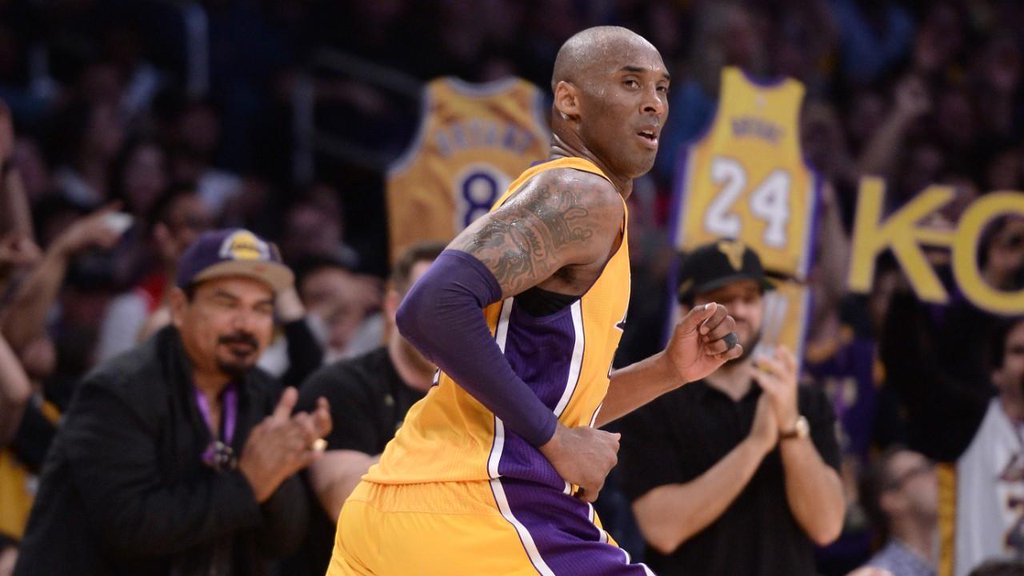 The final night of the 2015-16 NBA regular season turned out to be its most riveting—the Golden State Warriors reached an unbelievable 73 wins, and Kobe Bryant capped off his brilliant 20-year career with a surreal and clutch 60-point performance.

Bryant took fifty shots Wednesday en route to the League-high in points this season, and for one final time, dragged the Los Angeles Lakers to an improbable 101-96 victory against the Utah Jazz.

Even Kobe was in shock when it was all said and done.

Bryant, 37, played the final game of his 20-year career Wednesday, ending an era with five championships, 18 All-Star game appearances and way too many outsiders’ opinions, pro or con, to ever tally. […] His 1,556th and last box score showed a stunning 60 points on 22-for-50 shooting in a 101-96 Lakers victory over the Utah Jazz.

About 25 of Bryant’s former teammates were at the game, including a Hall of Famer (Shaquille O’Neal), noteworthy ex-champions (Robert Horry, Rick Fox, Lamar Odom and Derek Fisher) and plenty of others (Chris Mihm, DJ Mbenga, Adam Morrison and Mike Penberthy). […] As a goodbye gift, the Lakers gave Bryant a championship-like ring with five large diamonds on it (one for each title he won) and 20 smaller diamonds (one for each of his playing years). They gave the same ring to his wife, Vanessa, who sat across from the Lakers’ bench along with the couple’s two daughters.

He took a surreal 21 three-point attempts, making six of them, and his last shot was a 20-foot pull-up with 31.6 seconds left, giving the Lakers a 97-96 edge. He added two free throws and an assist, his fourth of the game, with a length-of-court pass to Jordan Clarkson for a dunk. […] “This has been absolutely beautiful,” Bryant said afterward, right before a yellow confetti storm took place in the arena. “I can’t believe it’s come to an end.”