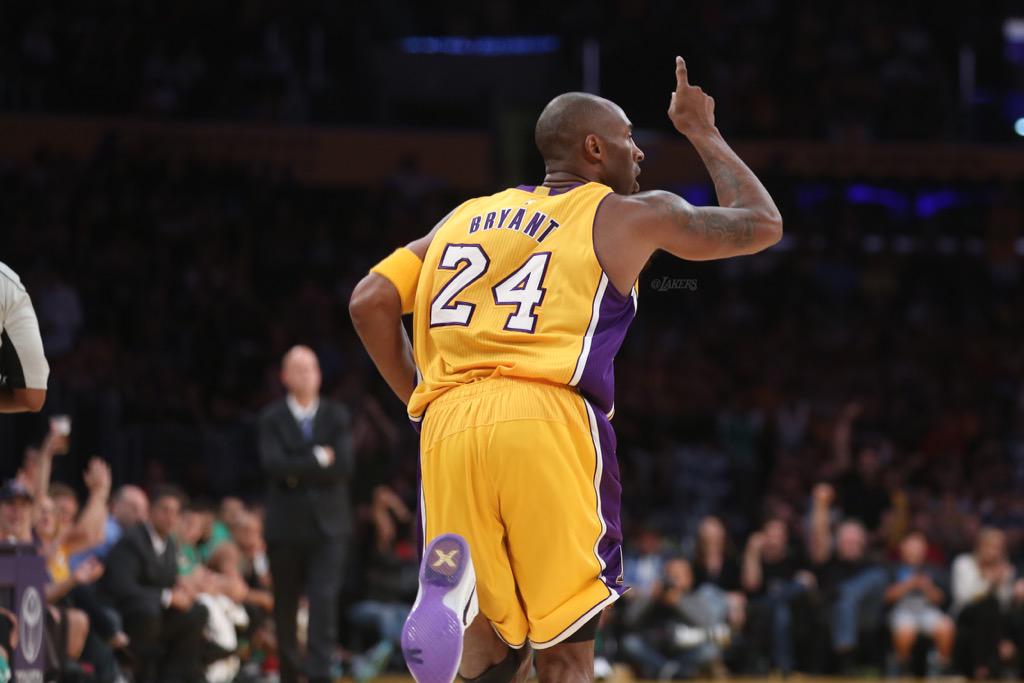 Bryant shot four-of-six from beyond the arc.

Per the LA Times and the Lakers’ team website:

There’s no tamping down expectations for the seventh overall pick in the 2014 draft. The 14 minutes he played before a season-ending broken leg might as well have been 82 games in Lakers Coach Byron Scott’s mind. […] “We expect him to play well this year, even though it’s kind of his rookie year as well,” Scott said. “Just the experience of watching and learning from the bench, I think was important for him. I expect him to play the way he’s playing right now.”

“It doesn’t matter defensively or offensively when you have the experience and the knowledge that he has,” Scott said of his 37-year-old star. “You might lose a little bit as far as your athletics and your speed … but he still sees the game at a different speed. So he is able to be in and get to spots that he needs to get to because of his knowledge of the game.”

The 7-foot-2 (Roy) Hibbert took advantage of his massive frame with 16 rebounds, including seven offensive boards, in 22 minutes. Despite his dominance on the glass and three blocks, Hibbert left his teammates buzzing about his five assists, highlighted by a couple of no-look dimes. […] “We have a lot of ball movement here,” Hibbert said. “It’s a little bit different from where I was before (in Indiana). I always say I don’t need to score. I like to see my teammates get set up (for) easy buckets. And I was having a little bit too much fun at one point, but it was good to be out there.”