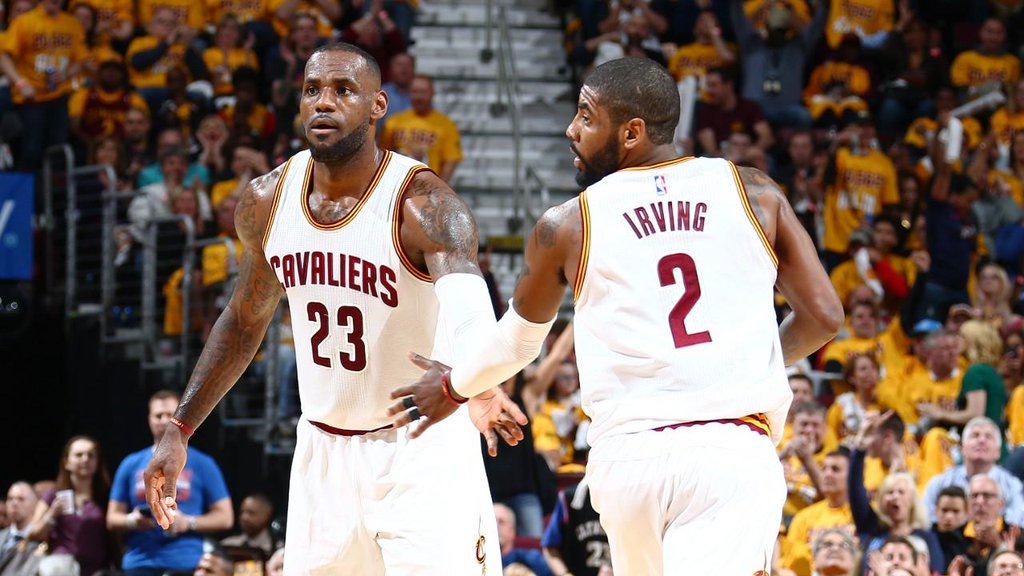 The Toronto Raptors never stood a chance Tuesday night in Cleveland, getting blown out 115-84 by the Cavaliers in Game 1 of the Eastern Conference Finals.

Kyrie Irving (27 points) and LeBron James (24 points) led the way for the Cavs.

Toronto’s All-Star guard duo of Kyle Lowry and DeMar DeRozan was kept off the free-throw line entirely, despite each playing over 31 minutes.

“Our philosophy has been all year to take away the paint first and then get out to 3-point shooters,” Raptors coach Dwane Casey said on Monday. “We may have to adjust that schematically.” […] The Raptors’ scheme left LeBron James and Kyrie Irving runways to the rim and they gladly used them to relentlessly attack the heart of the Raptors’ defense. The result was just seven 3-pointers, but 56 points in the paint on a night they shot 55 percent.

“Tonight they wanted us to be in the paint and we just tried to take advantage of that,” James said. “As I keep telling you guys every single day, we’re not a jump shooting team. We’re a balanced team, and whatever the game dictates, we’re able to adjust to that.” […] James made his first nine shots and got to the restricted area at will. Irving was right behind him.

The Raptors look like a team that has played 14 grueling postseason games. The Cavs look refreshed. The layoff hurt the Cavs on some of their defensive rotations, particularly early. Some of the pick-and-roll coverages looked shaky during some miscommunications, leading to wide open looks for the Raptors. But they missed. […] Kyle Lowry and DeMar DeRozan didn’t shoot any free throws and missed all eight of their 3-point attempts. Lowry had seven of the eight misses and shot just 4 of 14 overall.