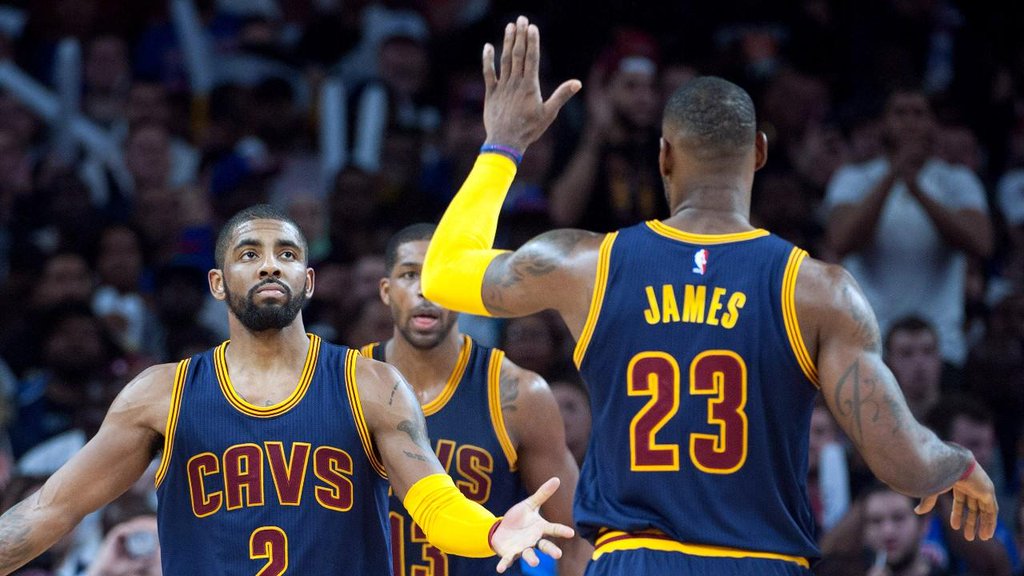 After hanging 31 points on Detroit in the fourth and final game of their first round Playoff matchup Sunday, Cleveland Cavaliers superstar point guard Kyrie Irving mocked salty Pistons fans with cries of “bye-bye!”

It marked the conclusion of a quick, but surprisingly feisty series between the top-seeded Cavs and the upstarts from Motown.

Unlike their 2015 postseason run, Kyrie and his squad are healthy, which should strike fear in the rest of the NBA.

Before the start of this series, one team executive openly wondered if Irving was holding a little something back for the postseason. His goal, after all, was simply to get to this point healthy and then he would open the throttle – the same applied to (Kevin) Love, too, albeit to a lesser extent. […] The result was Irving averaging 27.5 points in this series and shooting 47 percent on 3-pointers after averaging 19.6 points and shooting a career-worst 32 percent from deep during the regular season.

Irving led the Cavs in scoring in this series – a rarity on any team involving James. But each of the Cavs’ three stars came up huge during big moments in this series. Now they’re moving on – although it was much closer and much more difficult than a sweep would indicate. […] “We all expect a lot from one another and more or less from ourselves. And when we don’t get it, we’re pissed off about it,” Irving said. “I think that’s what makes us great as a trio. We’re different. We differ as personalities but when we come together and we’re clicking on all cylinders and we’re looking at each other man-to-man. This postseason is what we’ve been preparing for.”