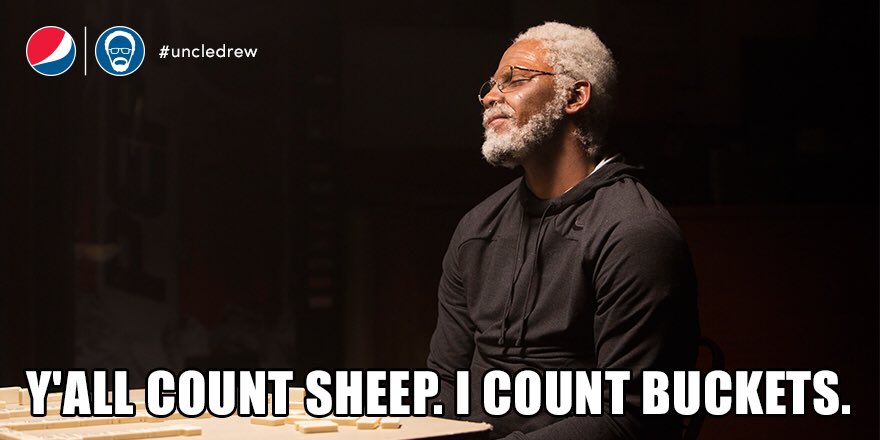 Kyrie Irving, the would-be film-making All-Star point guard, is back in the familiar role of “Uncle Drew” as part of a long-running Pepsi ad campaign.

In chapter 4 of the saga, Irving is joined by Baron Davis and Ray Allen as a pair of hilarious old men.

Uncle Drew is back, and he brought company. Tune in to see what happens next! #UncleDrew https://t.co/0ogwRZEp3B