WATCH: LeBron James Dominates Toronto With a Triple-Double in Game 2 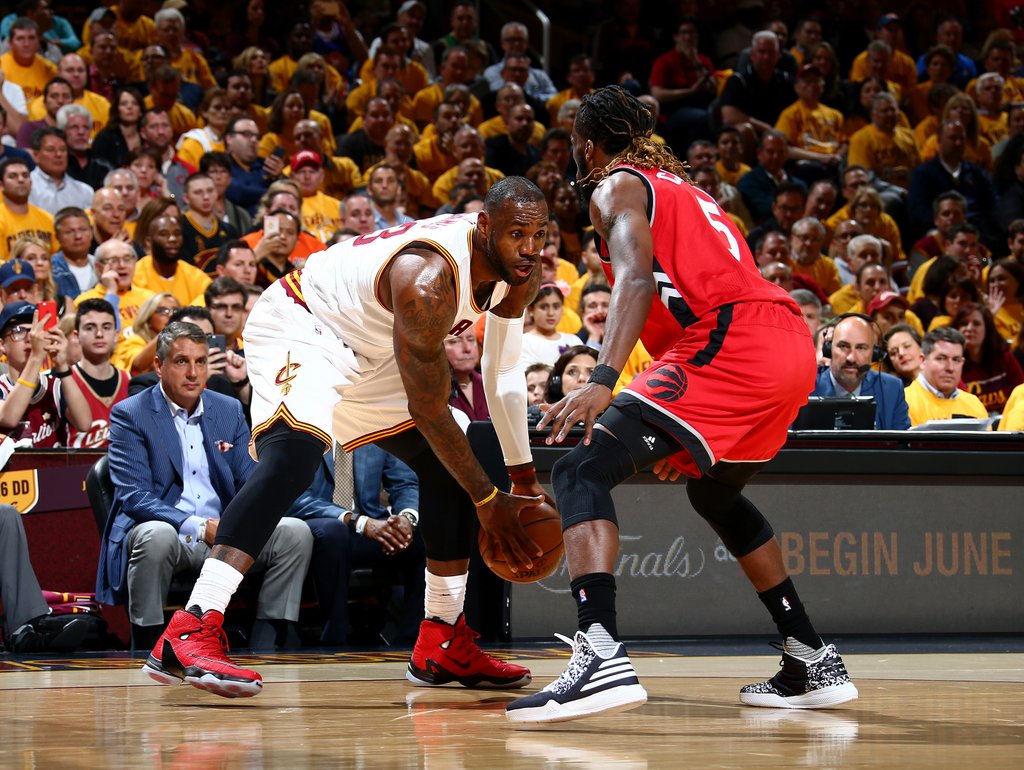 LeBron had plenty of help, of course, as Kyrie Irving added 26 points and Kevin Love finished with 19.

The Cavs are now 10-0 in these Playoffs.

James had 23 points, 11 rebounds and 11 assists as the Cavs became the fourth team to start the postseason with 10 straight wins, joining the Los Angeles Lakers (1989, 2001) and San Antonio Spurs (2012). Playing at a different level than the rest of the field, the Cavs are now two wins from appearing in their second straight NBA Finals and trying to end Cleveland’s 52-year sports championship drought.

“I don’t think it feels like a streak,” James said of the Cavs’ rampage through the playoffs. “It feels like we won one game, we won the next game. We’ve taken one step at a time. We’ve tried to take care of business.” […] The Raptors managed to hang around longer than in Game 1, when they were blown out by 31. But Toronto lacks the necessary firepower to stay with a Cleveland team playing its best basketball this season, one that James likened to a football team.

Game 3 is Saturday in Toronto, where Raptors All-Star guard Kyle Lowry can only hope the rims at Air Canada Centre are kinder than the ones in Quicken Loans Arena. […] Lowry scored 10 points and is shooting 8 of 28 from the field, including 1 of 15 on 3-pointers in the series. However, he isn’t hanging his head.