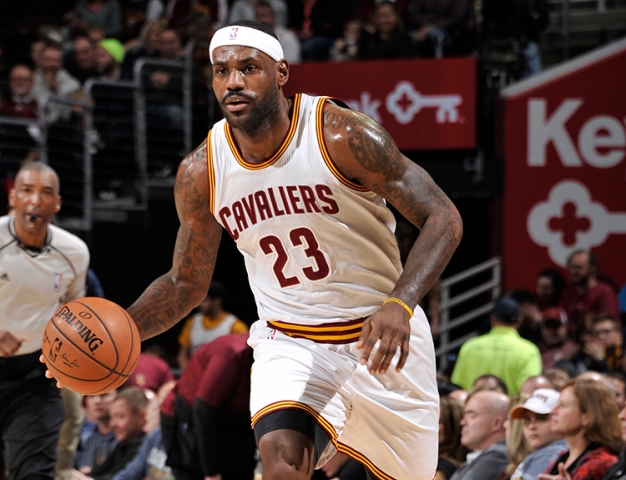 Only LeBron James and Oscar Robertson are now in the top 25 in both points and assists, which is not half bad.

LBJ made history Monday night in the Cleveland Cavaliers’ 117-103 win against the visiting Orlando Magic.

Kevin Love was the player of the game, finishing with 34 points (27 of those in the first half), eight rebounds and four assists.

This is becoming routine. LeBron James reaches some ridiculous milestone, we ask him about it, he credits his teammates past and present and the two great organizations for which he has played and we move on to the next milestone. […] What he did (last night) might be most impressive yet. The youngest to 25,000 points is special, but guys like him and Kobe Bryant had a head start on the field. I suppose that applies to stats such as this as well, but the larger point is simply how it’s impossible to define LeBron based on a couple stats. Scorers aren’t supposed to be facilitators and facilitators aren’t supposed to be elite scorers. But James’ game – like very, very few before him – doesn’t fit neatly into just one box.

James joined Oscar Robertson Monday as the only players in NBA history to rank in the top 25 in both scoring and assists. Widening the net to the top 25 is a bit of a disservice to Robertson, who still ranks sixth in assists and 11th in scoring. He was top 10 in both categories until Dirk Nowitzki passed him in scoring two seasons ago. It won’t be long until James is challenging the top 10 in both categories as well. […] James, in fact, could catch Robertson in scoring this season and crack the top 20 in assists if he stays healthy.