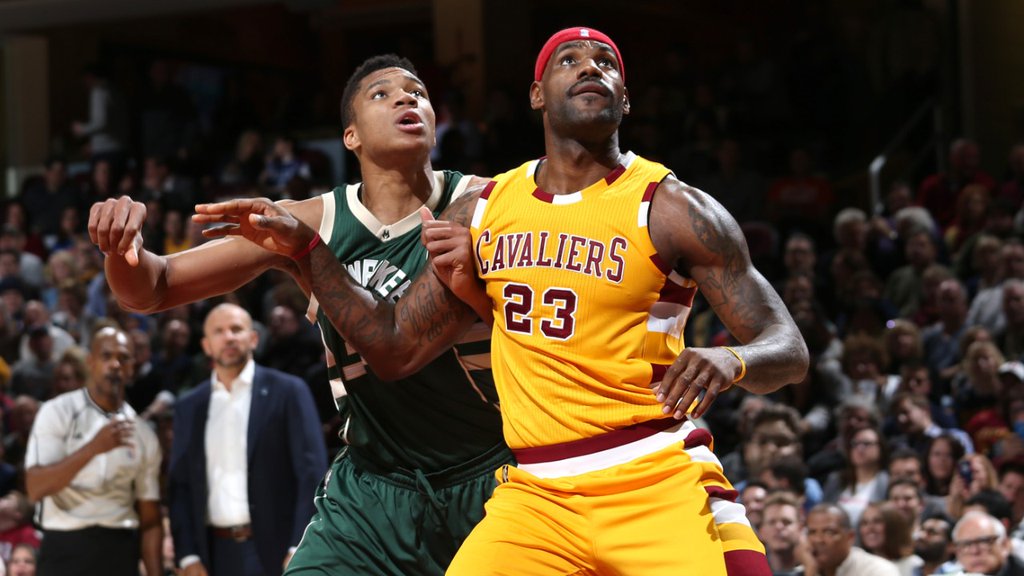 Despite a career-high 33 points from Giannis Antetokounmpo, LeBron James (27 points, nine rebounds, and six assists) and the Cleveland Cavaliers got a 115-100 win against the visiting Milwaukee Bucks.

Anderson Varejao stepped up for the Cavs once Timofey Mozgov went down with a right shoulder strain—the Brazilian big fella had nine points and a pair of boards in 11 critical minutes.

“You expect that out of him. He’s just a true professional,” LeBron James said of Varejao, comparing him to James Jones. “No matter what happens throughout the season, they’re always ready. Andy’s number was called tonight and he answered the call.”

Barring a significant injury, this is the way it’s going to have to be for Varejao this season. There are only so many available minutes in the frontcourt, and for what the Cavs need out of that spot, Tristan Thompson is the better fit. Varejao is a better passer and shooter, but Thompson at this stage is the better defender and rebounder. That’s what will give him the edge over Varejao, although it stings for the 33-year-old who fought back from a season-ending Achilles injury last year.

James and (David) Blatt both seemed pleased with the effort level, although the Bucks shot 52 percent and scored 31 points in the third quarter, so there is still plenty to clean up. But the Bucks couldn’t get within five at 84-79 at any point in the second half. The Cavs always made enough of a run to keep their distance. After chastising his teammates for days over their lackadaisical play, that was good enough for James. […] “This is how we need to play. There’s no ifs, ands or buts,” James said. “Us moving the ball is going to be a good ingredient to us being successful. … We’ve got to continue to do the little things. If that’s getting loose balls or taking charges or whatever, make an extra pass, that’s going to be good ingredients for our team to win. We have to continue to be a little gritty, which we did tonight.”