WATCH: Mason Plumlee Stars in the Rap Video for ‘4500’ 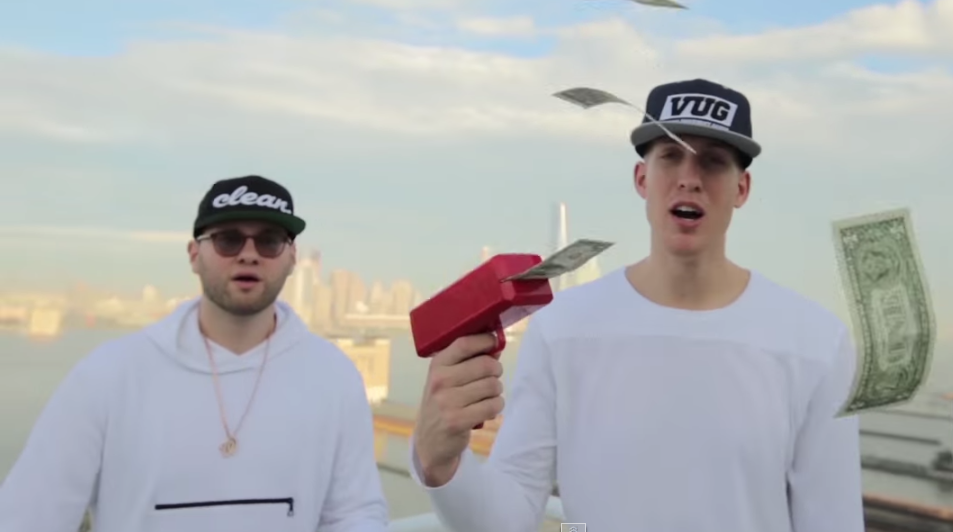 Before he was shipped from Brooklyn to Portland, Mason Plumlee teamed up with Will Roush—the New York Rangers fan who gained Internet fame by claiming he spent “hundreds only” to attend Game 7 of the Eastern Conference Finals in May—for a rap song, and it’s actually not bad.

The former Nets center got more bars than most of his NBA brethren.

Have fun, laugh at yourself sometimes 🙂 https://t.co/Y8ClDdW4gp

Here’s the line that probably got Plumlee booted out of BK: “Tell the Russians to send hundreds only.”

Will Roush, the notorious New York Rangers fan-turned-viral fascination who spent “hundreds only” on tickets to Game 7 of the Eastern Conference Finals this past May is back. No, not in Madison Square Garden. This time, the Connecticut native is on a New York City rooftop blowing money fast (and out of a money gun) with former Brooklyn Nets center Mason Plumlee.

Following a draft day trade, “Plumdog Millionaire” is now a member of the Portland Trail Blazers, but a change of scenery won’t keep him from “killin’ the game.”