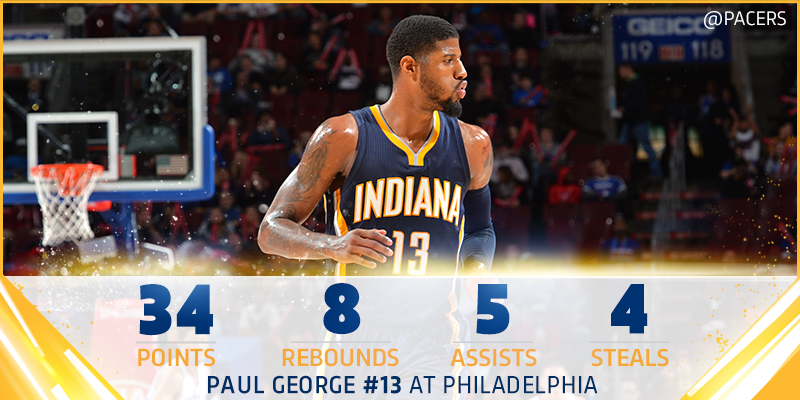 George has now put up 26 or more points in each of the last eight games, which is the best stretch of his resurgent six-year career.

“We’ve had situations this year where we didn’t close out games well and I just challenged our guys to do that,” Pacers coach Frank Vogel said. “We honored every possession and took care of the basketball, tried not to turn it over and kept attacking. We didn’t want to slow things down with a lead.”

Unlike last Friday when the Pacers nearly lost a 27-point lead against the Minnesota Timberwolves, they stayed on the run (33 fast break points and 40 in the paint) and locked in on defense to build an advantage that eventually swelled to 33 points. […] “We had experience on this team. We wouldn’t be close to where we want to get to if we let a team like this come back,” George said. “Not saying who’s in jersey and who’s playing for them (but) we have the experience over them and I’m glad we showed it tonight.”