Paul George on Kobe Bryant: ‘He is Old’ (VIDEO) 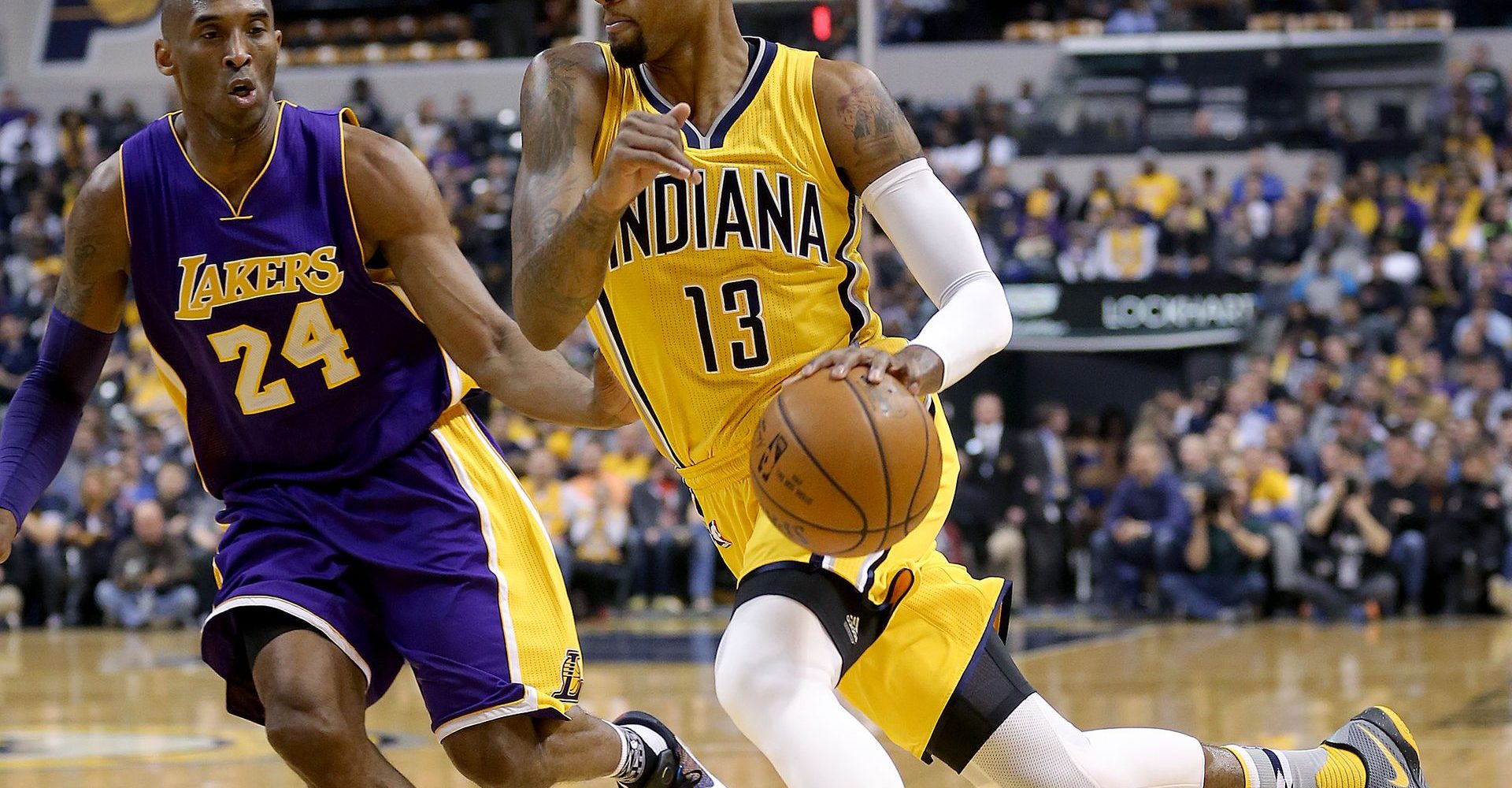 With a surprisingly-feisty Lakers-Pacers game on the line Monday night, Paul George breezed by a flat-footed Kobe Bryant for what turned out to be the game-sealing bucket.

Kobe said reason he played Paul George like that on the "old man" play; he expected help inside, was trying to force a pass. No help came

It was all love, though, between the two stars.

Bryant finished with 19 points in the loss, and made things interesting in the fourth quarter with a flurry of three-pointers.

The last time they met, it happened. Bryant announced his retirement the night of the matchup, played like he was ready to walk away from the game by halftime but finally showed up for a big shot-making encore. It happened again on Monday night. The only difference, the backdrop was the sold-out Bankers Life Fieldhouse redecorated in purple and gold that had switched loyalties to “KO-BE! KO-BE! KO-BE!” […] But like the last time, George played the villain in this drama that ended as an 89-87 victory for the Indiana Pacers on Monday night.

Bryant, appearing in his final game in Indianapolis, started slowly, missing 12-of-14 shots through three quarters. But when he checked back into the game with 4 minutes, 43 seconds remaining in the fourth, Bryant looked more like the old No. 8 with the afro as he torched the Pacers for 11 points over a 1:45 stretch. However as the Lakers led 84-80, George shushed the chants for Bryant by scoring six straight points, including a blow-by drive past Bryant and to the rim that resulted in a 3-point play with 38.3 seconds left.

George finished with a game-high 21 points (6-of-18 shooting) and a lasting memory to one day tell his grandkids. But it’s not the memory you might expect. […] “Getting booed at the free throw line,” George said, “that’s probably the biggest thing I’ll remember tonight.”