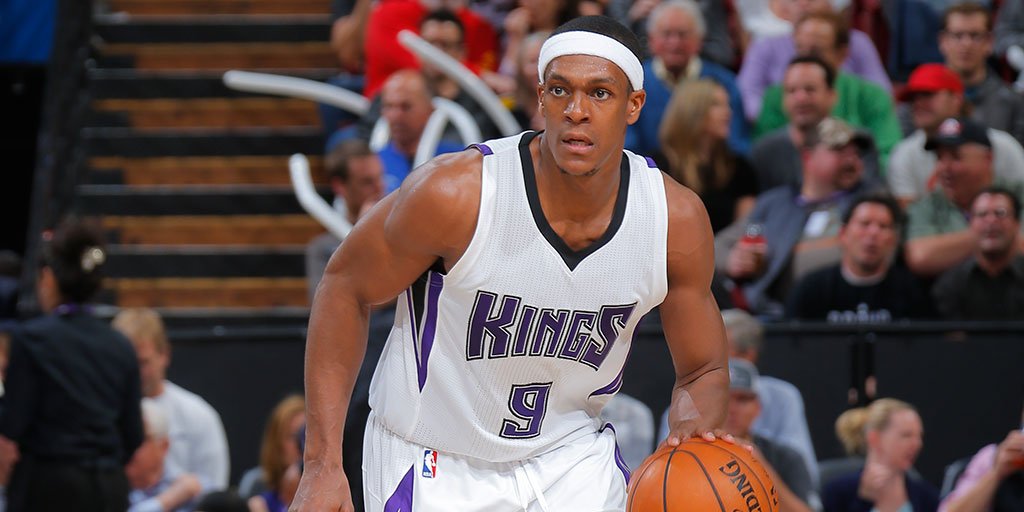 At the end of the first half in Monday night’s Thunder-Kings game in Sacramento, Rajon Rondo ignored a referee’s attempts to hand him the ball on an inbounds play, resulting in two strange delay of game technical fouls.

Rondo on the delay of game calls: "I can't comment. I might get fined by the NBA."

DeMarcus Cousins got into it with Steven Adams, but wisely held himself back from punching the Thunder center.

Per the Sac Bee and AP:

Delays, delays – Teams rarely are called for delay-of-game technical fouls, much less back-to-back. […] But the Kings picked up two such technicals with 1.2 seconds left in the first half.

The officials said Rondo twice refused to take the ball to inbound, resulting in the violations. Teams receive one delay-of-game warning – the Kings had one in the first quarter – and each subsequent delay results in a technical. […] Cousins kept Rondo away from the officials as he tried to pursue them for an explanation.

“It’s lovely. That’s lovely,” (Kevin) Durant said. “That’s like Christmas. You know coming in here this team, they have a little hot head so you know at some point you’re going to get free points.”