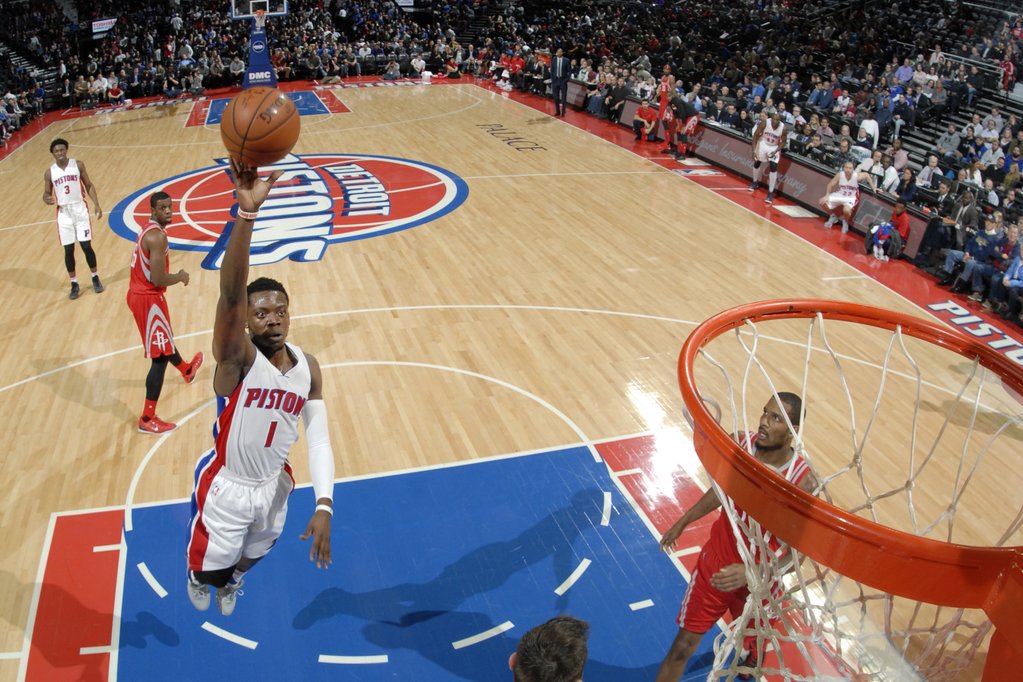 Detroit shot 52.9 percent from the floor, and made 35 percent of their three-pointers.

The Pistons led by as many as 28 in the first half.

“Wow, we really shot the ball well tonight, didn’t we?” asked Reggie Jackson, sitting at his locker and reading a box score. “We won the rebounding battle, and I like to see 22 assists and 11 turnovers, but that’s great shooting.”

Detroit’s third-quarter offensive slump had very little to do with jump shots and a lot to do with Andre Drummond’s inability to hit free throws. The Rockets sent Drummond to the line 14 times in the quarter, including 12 times in a span of 2:20. He made only three of those 12 before Van Gundy had to have his team commit a foul in order to get Aron Baynes onto the floor. […] “If we’re playing defense, I can keep him out there if he’s making one out of two – our defense can keep us in the game if we’re getting one point per possession,” Van Gundy said. “But he went four for 18 tonight, and you can’t win when you are getting four points on nine possessions. I had to get him out.”