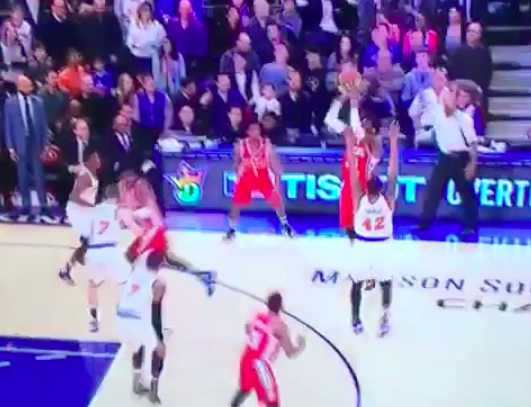 After Carmelo Anthony hit a 3 in regulation to tie the game and force overtime, the 76ers’ Robert Covington banked in his own 3 to force double-overtime.

Robert Covington declares the bank open to send it to 2OT. pic.twitter.com/7a5gEPBmiV