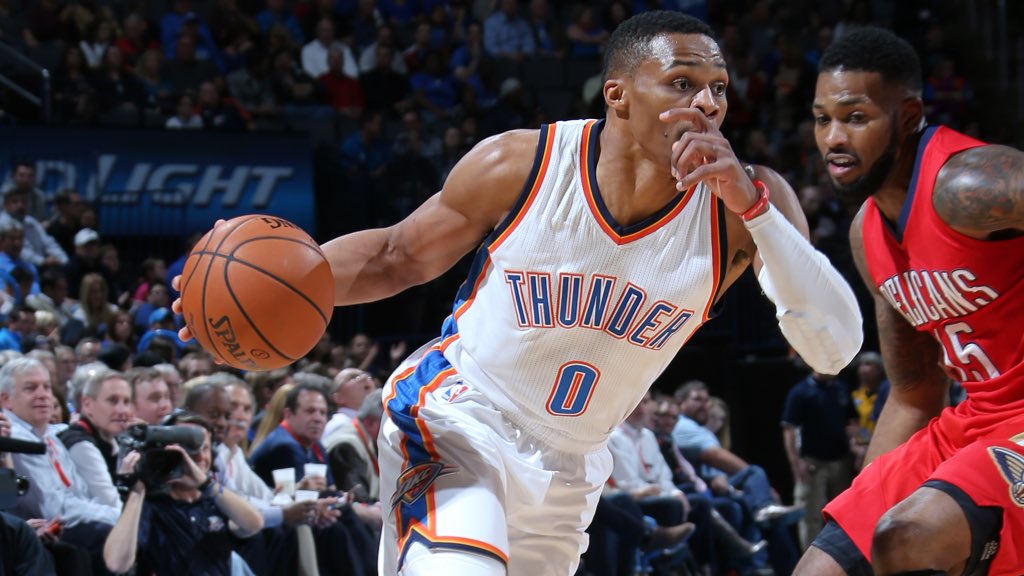 Yeah, yeah, Russell Westbrook is an unstoppable force of nature, and led the OKC Thunder to a 110-103 win against the injury-riddled New Orleans Pelicans. What else is new?

The real, err …, highlight of this game was Dion Waiters and his ongoing struggles to lay the ball into the hoop.

(Enes) Kanter added 24 points and 14 rebounds off the bench for the Thunder, who bounced back after blowing fourth-quarter leads in losses to Boston and Memphis. The Thunder (7-5) are 2-2 without star forward Kevin Durant, who missed his fourth straight game with a hamstring injury.

“We hung in there,” Oklahoma City coach Billy Donovan said. “Obviously, Russell had another really efficient game. He did some very, very good things.”

Ryan Anderson scored 30 points and Eric Gordon and Ish Smith added 18 apiece for New Orleans (1-11), which lost its fifth straight game. The Pelicans suited up only nine players, with standout forward Anthony Davis sitting out with a shoulder injury sustained Tuesday against Denver. All nine saw action. […] “I felt like we got everything that we possibly could,” New Orleans coach Alvin Gentry said. “I thought we played hard and I thought we competed like crazy. I thought we gave ourselves an opportunity and a great player closed out the game for them.”