WATCH: Russell Westbrook Hangs a Triple-Double on the Warriors in Game 4 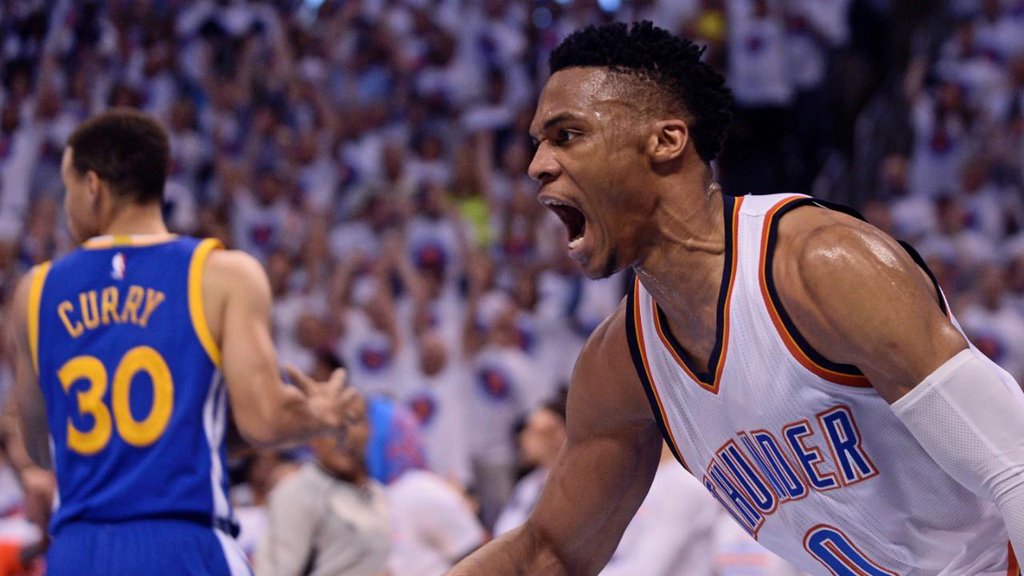 Russell Westbrook and the OKC Thunder have the defending champs up against the ropes in the Western Conference Finals, following a 118-94 win in Game 4 Tuesday night.

Westbrook tallied his first triple-double of the postseason, finishing with an absurd statline of 36 points, 11 rebounds and 11 assists, and helped give his squad a commanding 3-1 series lead.

The Warriors must win Game 5 on Thursday in Oakland to keep their season alive. […] “We all have to bounce back,” Warriors coach Steve Kerr said. “The good news is, we go home. Obviously we play well at home. The idea now is to go home and get one win. Do that, and we put some pressure on them and we’ll see what happens.”

Klay Thompson led Golden State with 26 points, but two-time league MVP Stephen Curry was limited to 19 points on 6-for-20 shooting. Curry’s shooting performance was so uncharacteristic that reporters asked if he was hurt.

As for Westbrook, it was his first triple-double of the playoffs after posting 18 in the regular season. It was his fifth career playoff triple-double. […] “I play every game like it’s my last, regardless of who’s in front of me,” he said. “That’s my job, and my job is to worry about my team, and that’s all I do.”