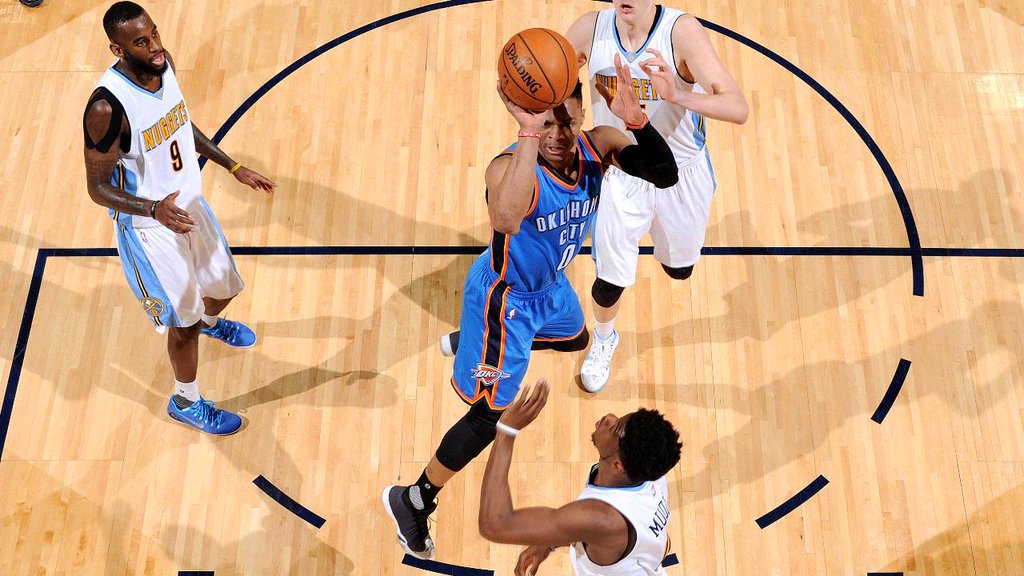 With tonight's triple-double, @russwest44 has tied @MagicJohnson for the most in one season (17) since 1988-89! pic.twitter.com/Mw0Dne8P4u

“It’s a great honor,” Westbrook said. “Whenever you’re mentioned in the same sentence as Magic, it’s always great. That’s something you never take for granted.”

Kevin Durant had 26 points and eight assists for Oklahoma City. The Thunder are locked into the No. 3 seed in the West with four games left.

“It’s a scary team,” Nuggets coach Michael Malone said. “They have one of the highest-octane offenses in the NBA, and we saw that tonight. We had flashes where we looked like we could compete with them. Then it shows how far we are away.”