WATCH: Did Russell Westbrook Tell Teammates To Not Say What Up To ‘B*tch Ass’ Kevin Durant? 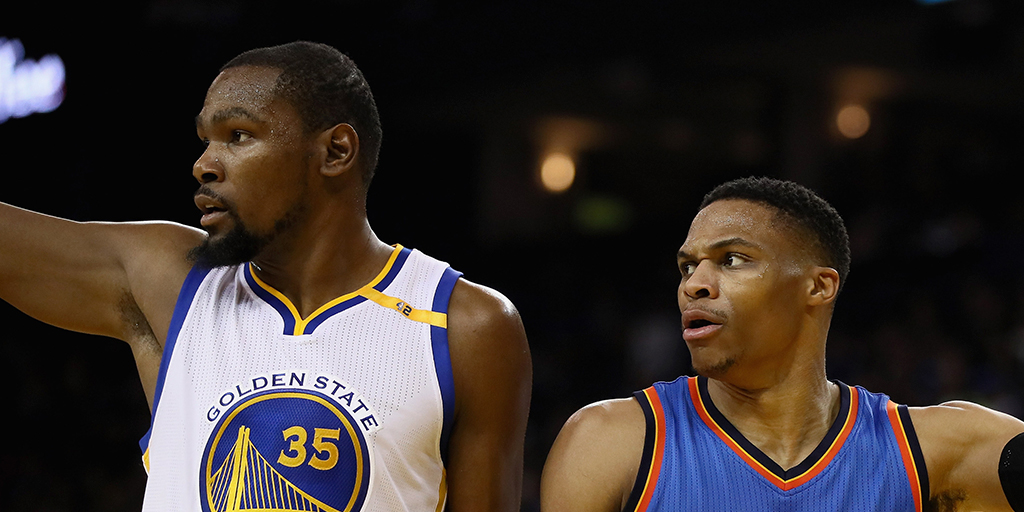 Last night’s showdown between the Thunder and the Warriors ended in a 121-100 blowout, but the big story was the interaction between Kevin Durant and Russell Westbrook. The two were seen talking during the game, but once the final buzzer sounded, Russ was heard telling his teammates not to say “what up to that b*tch ass,” which was presumably directed at KD.

After the game downplayed the rivalry between he and Russ, saying that “the outside is taking it more serious than probably we are.”

“We live for controversy in this world right now. That’s important for some,” Durant told The Vertical after scoring a season-high 40 points on just 16 shots against his former team.

“The outside is taking it more serious than probably we are,” Durant told The Vertical. “I’m out there doing my thing. I don’t have time to focus on things that really don’t matter to me.”

Check the video above and decide for yourself if Russ was talking about KD.