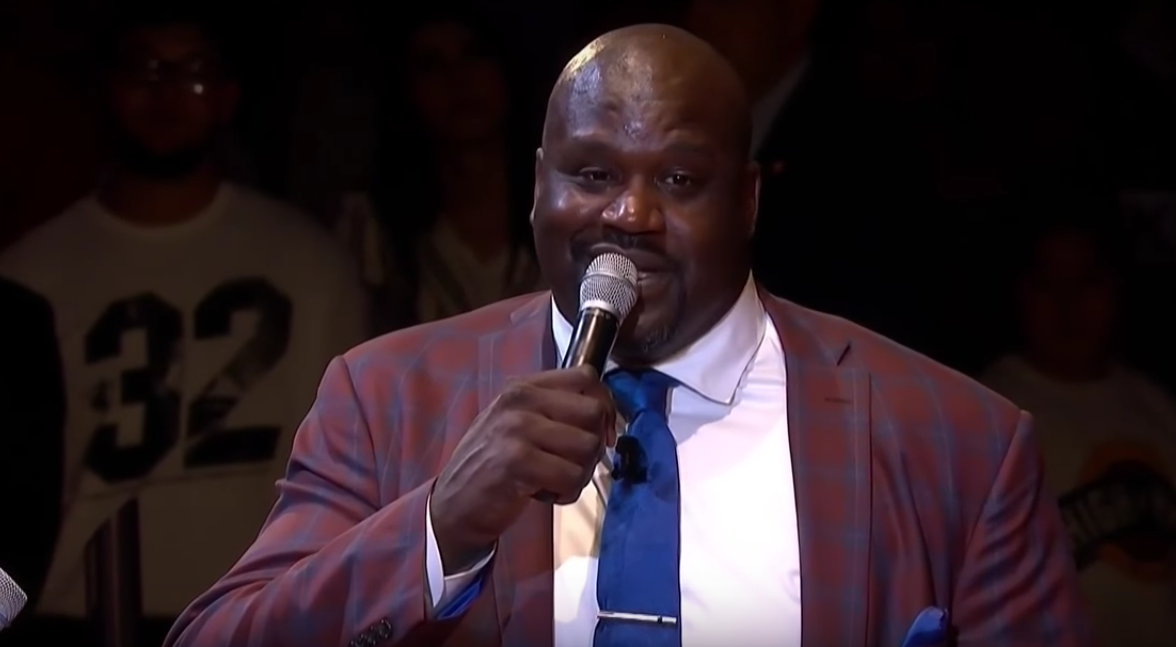 Shaquille O’Neal has been busy lately. The Big Aristotle is fresh off his Naismith Hall of Fame induction and news has just broken that the Lakers plan to give him a statue in March.

Tonight, he was honored during the Heat/Laker game, marking the second time his jersey has gone to the rafters–the Lakers had their Shaq ceremony in 2013.

In his four seasons with the Heat, O’Neal averaged 19 points and 9 rebounds and helped the Heat win the 2006 NBA title. During his speech, Shaq made sure to individually thank Udonis Haslem and Alonzo Mourning, and say that he wishes Dwyane Wade could’ve been part of the ceremony. Watch the whole celebration up top.