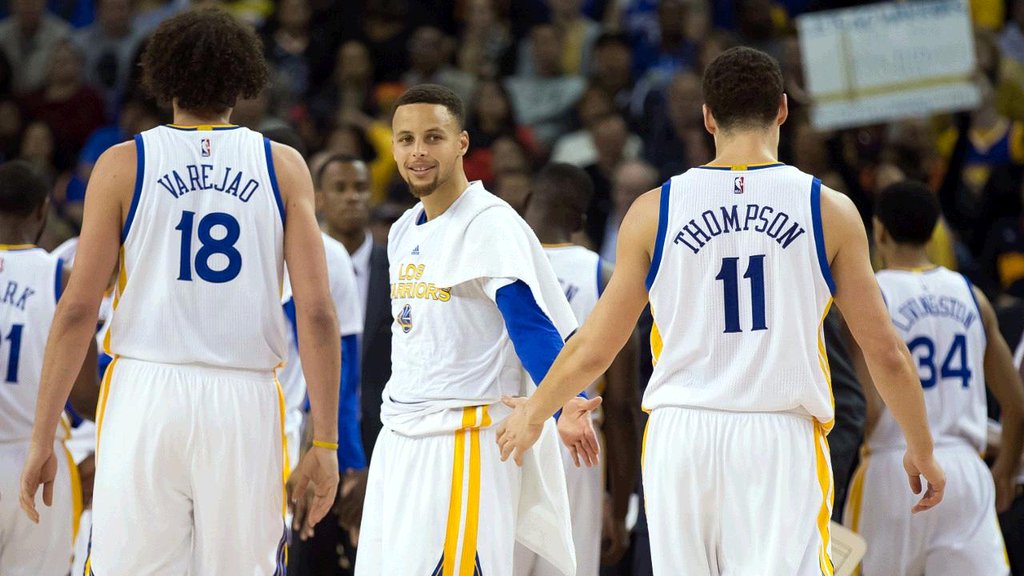 The Golden State Warriors have won an unbelievable 45 games in a row at Oracle Arena—Stephen Curry led the way Monday night with 41 points, as the defending champs set a new NBA record for the longest home winning streak.

THANK YOU #DubNation! Without you, this record isn’t possible. #WarriorsGround pic.twitter.com/Bhq7WR4923

Curry splashed in his 300th three-pointer this season, also a record.

Klay Thompson added 27 points in the Dubs’ 119-113 win against the visiting Orlando Magic.

“It’s been a remarkable job by our players over the past two years,” Warriors head coach Steve Kerr said. “The consistency and the effort that it takes to do that is pretty amazing. There are so many games when the ball can bounce the other way, and we’ve definitely had some of those during the streak. But we keep putting ourselves in position to win games and dominate our home floor, and I’m very proud of the guys for that.”

A night after Curry and Thompson combined to go 1-of-18 from three-point range, they combined for 68 points on 12-of-24 three-point shooting. Having already smashed his single-season record for three-pointers, Curry became the first player in NBA history to make 300 in a season. […] “It’s surprising if they go into a stretch of more than a couple of games where they don’t shoot well,” Kerr said. “They’re too good and too confident. This didn’t surprise me.”