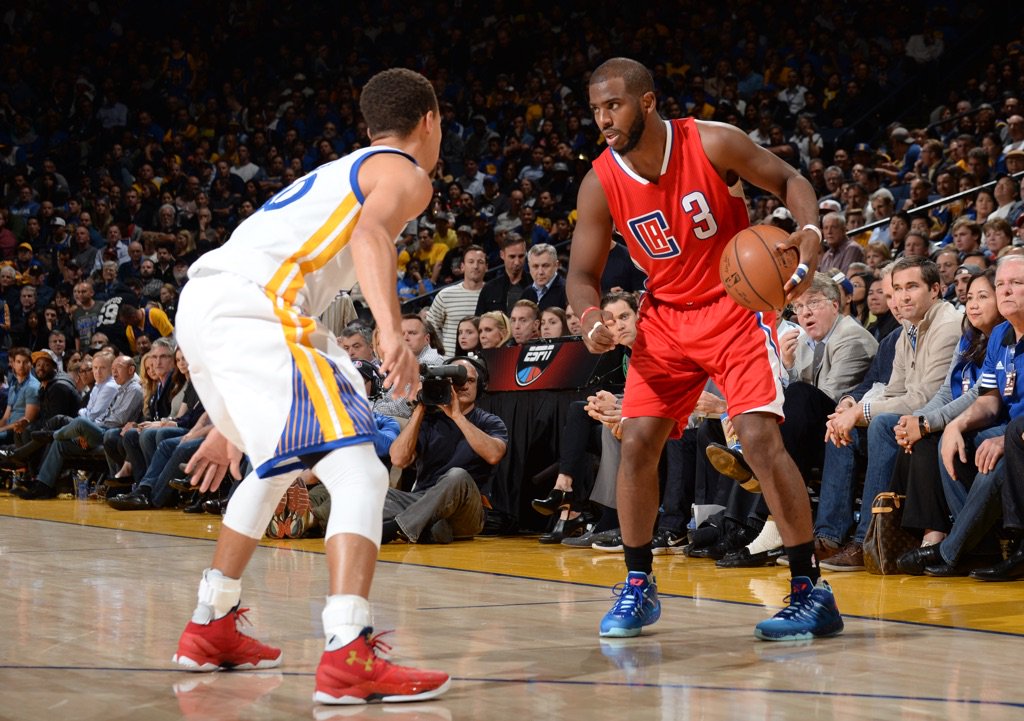 Led by MVP Stephen Curry, the Golden State Warriors survived their first tough test of the young season Wednesday night, as they rallied and beat the visiting and rival LA Clippers 112-108.

Curry scored 13 of his game-high 31 points in the fourth quarter, and rained in seven three-pointers.

Chris Paul finished with 24 points and nine assists for the Clips, but a late-game right groin strain kept him out of the final 13 seconds (CP3 says it’s nothing serious.)

The outcome, in a matchup of the Western Conference’s last remaining undefeated teams, left the Warriors at 5-0 and the Clippers at 4-1. Toronto, also 5-0, is the only other unbeaten team in the NBA. […] The Warriors erased a 10-point, fourth-quarter deficit, in part, because interim head coach Luke Walton left Andre Iguodala on the court instead of center Festus Ezeli. Ezeli played well earlier in the game, but the Warriors played at a faster pace with Iguodala in the lineup and Draymond Green at center.

This smaller lineup also helped create space for Harrison Barnes, who moved to power forward and quickly knocked down two consecutive three-point shots to spark the rally. Barnes finished with 17 points and Klay Thompson added 16. […] Chris Paul scored 24 points (but only four in the second half) and Blake Griffin had 23 for the Clippers.

The Warriors had won their first four games by a collective margin of 100 points, an NBA record. Wednesday night, finally, they were challenged. […] “That was fun,” Green said. “It was really the first time a game has gotten down to the last few possessions, and I think we responded really well.”