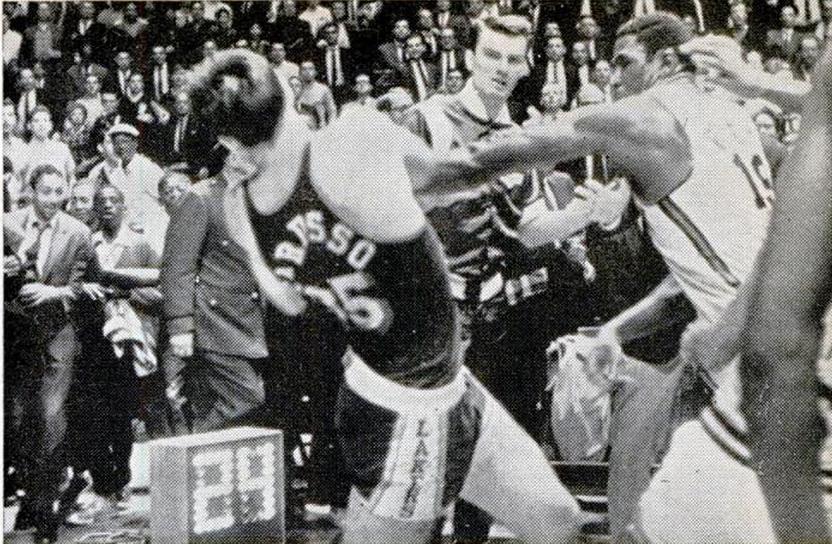 “When the Garden Was Eden,” the latest in the series of entertaining “30 for 30” documentaries, aired Tuesday night and unearthed some never-before-seen footage.

Four years prior to his legendary role in the 1970 NBA Finals, Willis Reed took on virtually the entire Los Angeles Lakers squad, and somehow won the fight.

Willis wasn’t suspended for his role in the brawl; the big fella was merely fined $50. Ah, the good ol’ days.

In the confusion Reed flattened [Darrell] Imhoff, a 6-foot-10-inch, 220-pound center, with a punch over the left eye. [John] Block, a 6-9, 210-pound rookie center, suffered a bloody nose, which turned out to have been fractured.

Imhoff, holding a bloodied towel to his face, lay sprawled in front of the Laker bench for several minutes while the police restored order among a few of the 15,755 spectators who had run onto the court for a ringside view.

Imhoff needed one stitch to close a cut on his left eyelid. [Rudy] LaRusso, who is 6-8 and weighs 225, later admitted that “Reed hit me a couple good ones.” Both were ejected from the game.