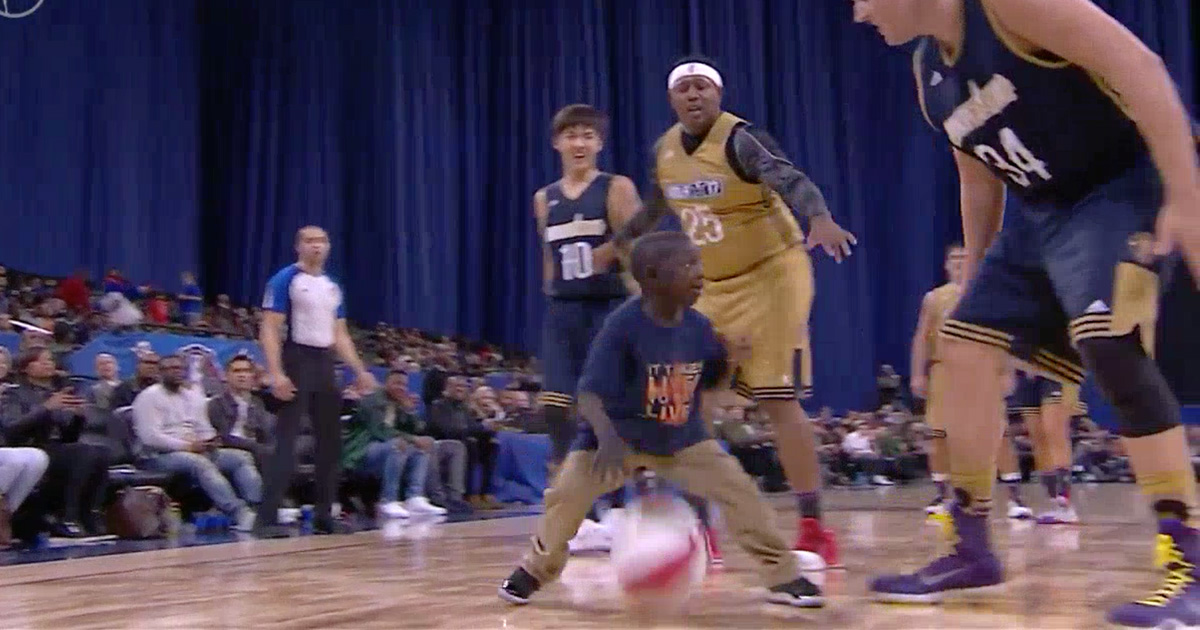 The All-Star Celebrity Game ended on an incredibly touching note.

Jarrius Robertson, a 14-year-old who’s battling a chronic liver disease, checked into the game and drained his first shot attempt.

Robertson has been kicking it with some All-Stars so far this weekend.

this boy @Money23Green about to catch my fade trying to cop my chain bruh @warriors 😂😂😂😂 #NBAAllStar pic.twitter.com/zmalhdngQR