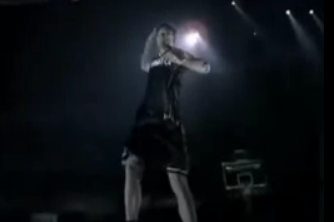 Retired NBA center Yao Ming has traveled to Kenya to film a documentary, titled “The End of the Wild”. The documentary highlights and raises awareness to the near-extinct populations of rhinos and elephants in the country due to poaching. More details from this fascinating story, via CapitalFM.Co: “Yao’s first ever visit to Kenya is a meaningful one, as it will enlist his support in taking the anti-poaching message to his Chinese homeland, where Ivory is a prized commodity. Yao arrived in Kenya on Friday, August 10, and has so far visited Ol Pejeta in addition to having talks with scientists and conservationists, including Daphne Sheldrick of The David Sheldrick Wildlife Trust, who are actively involved in protecting the endangered species. China is the world’s most prominent destination for rhino horn and ivory, with projections suggesting there will be an added 250 million middle class consumers over the next 10-15 years—making this campaign all the more crucial to preserve wildlife. It is not Yao’s first attempt to protect elephants. Increasing populations of rhino and elephant between 1989 and 2007 have started dwindling dramatically due to an escalation of poaching activities. Yao’s feature-length documentary hopes to underscore the beauty and economic importance of wildlife tourism, and highlight the extant of the poaching crisis.”