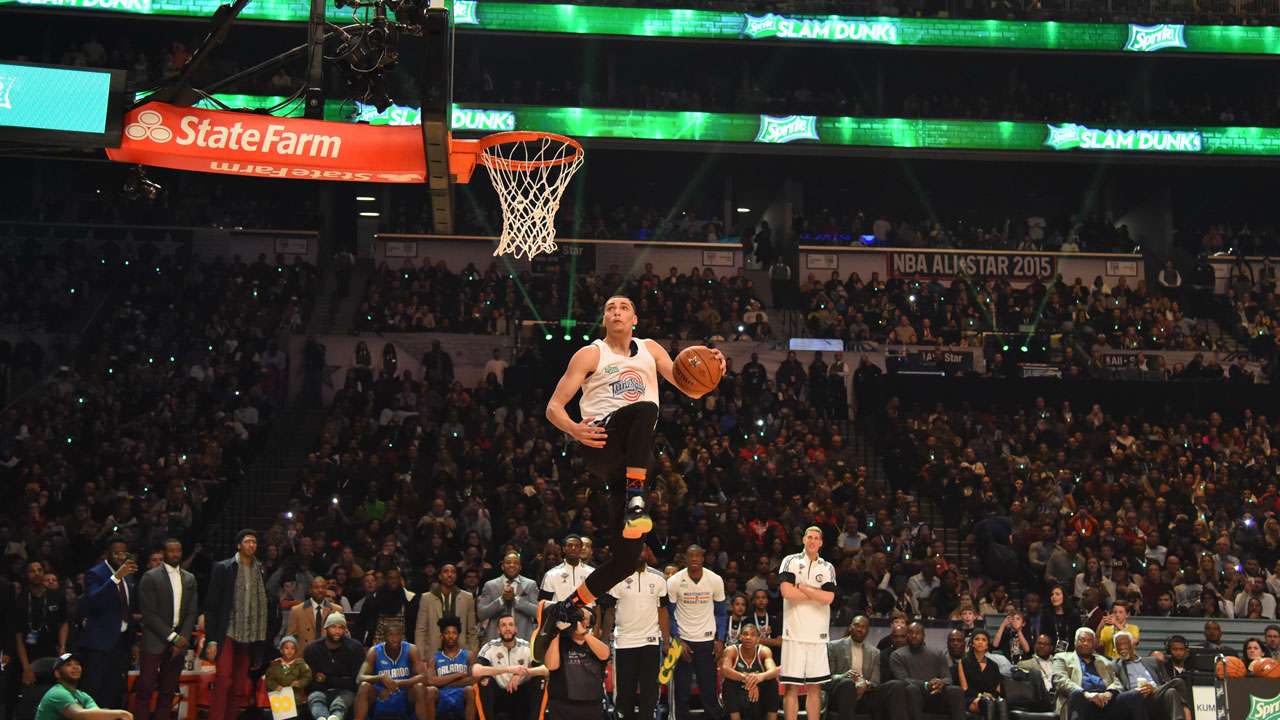 LaVine says he still has plenty of dunks in his arsenal, and he’s looking forward to defending his title next year (and wants to convince teammate Andrew Wiggins to join him.)

LaVine was asked if he could defeat LeBron James in the high-flying competition, and the confident rook naturally answered in the affirmative.

Per ESPN and the Star-Ledger:

“See, I know LeBron’s got some stuff in him that he ain’t showed the world, either. LeBron’s one of the most freaky athletes of all time, so I don’t know. But like I said, I’m a confident person. I never go against my own talents, so I gotta say me.”

“That’s the funny thing,” LaVine said of his best dunk. “I didn’t do that one. I got some tricks in the bag still.” […] “I came up with it in high school,” LaVine said of the opening dunk. “I just wanted to come out with a bang. I wanted to show everybody what I got.”

LaVine sounded very open to the idea of returning next season to defend his crown, something that has proven to be easier said than done. Only one player has won the award in back-to-back seasons since 1990, with New York Knicks guard Nate Robinson winning it in both 2009 and 2010. As for his competition, his biggest threat to the crown might be the very player who helped him win it on Saturday — teammate Andrew Wiggins. […] “He can get up too…I’m going to be talking a lot of mess to him to try to join it,” LaVine said. “I’m looking forward to that.”