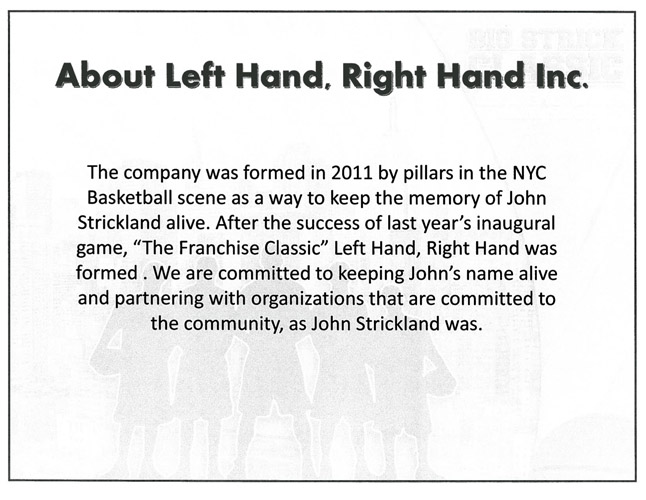 The 1st Annual “Big Strick Classic” (formerly the “Franchise Classic”) Memorial high school basketball game will be held on Saturday, August 11, 2012 at Nat Holman Gym at City College on 138th Street and Convent Avenue in Manhattan, New York. The game is a memorial to the legendary streetball player John “Franchise” Strickland, featuring some of the top high school players from around the country, as the USA team, against the top players from the NYC Tri-state area as NYC team. We covered inaugural Franchise Class last summer, and this year looks to feature even more elite high school talent from across the country (and Canada).

Stay tuned for more coverage of the event on SLAMonline.com. For now, here is some info about the event, followed by the rosters for both teams, courtesy of our friends at BigStrickClassic.com:

The admission to the game is free and open to the public. There will be free giveaways for fans. This game is sponsored by Bounce Apparel, Left Hand, Right Hand, LLC., The Rock Basketball, Stack Media and SLAM Magazine.

First, the players will be at Rucker Park during the afternoon of Friday, August 10, 2012, for a workout and press day which will be open to the public. The night of Friday, August 10, 2012, the players will scrimmage at a secret location in Harlem, which will be revealed two weeks before the game. Also, former NBA All-Star Dale Davis has graciously accepted our invitation to “school” the players with his company Pro Players Holding, which will present multiple life skill training sessions thru innovative structures as it relates to health, wealth, lifestyle and culture from past to current athletes and how to manage your career. Lenny Cooke will also be there to tell the players his story. Other special guests to be announced!!!!

On Saturday, August 11, 2012, before the game the players will be treated to a tour of New York City earlier in the day. Then, they will head up to City College. The doors open at 5:30 PM and the admission is FREE. The players will also participate in a dunk contest sponsored by SLAM Magazine and a 3-point shootout sponsored by The Rock Basketball.

Remember Brand Jordan is gone, Elite 24 is gone. The Big Strick Classic gives the New York area basketball fan a chance to see these up and coming stars in person. Were you there when LeBron played against Lenny Cooke? We’re bringing the players to you, you don’t want to miss this event!! Just look at the rosters and you’ll see what we mean.

“Team New York” (10 Players). Two Weeks Before the Event we will add the rest of the roster.

USA Players (10 players). Two Weeks Before the Event we will add the rest of the roster.

We also looked at: Performance in a players High School Season and in AAU games, Character and sportsmanship, The excitement level of a player or what we call the “Strick Factor”. 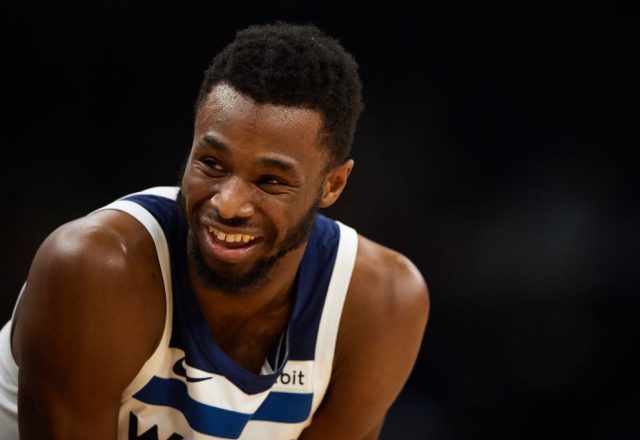