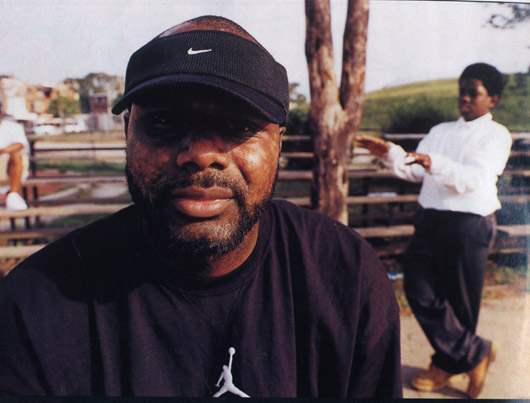 This exceptional feature that ran in SLAM 63 is what makes SLAM stand alone. If you don’t know what we’re talking about, read on—Ed.

You know the drill. The routine has been spat, embellished and passed down for years, through small towns and major cities alike. Wherever there’s a park with a hoop, you’ll find the asphalt stories, the playground myths, the ethereal tales of that one local basketball player who was nicer than anyone you’ve ever seen play without Jerry West’s silhouette branded on him.

But what validates a true playground God from one who’s had a couple of exaggerated triumphs is who tells his story. There’s a big difference between the Joe Smith from your corner titling a player with legendary status and Joe Smith from the Wolves doing such.

Enter Brian Watson—known on the streets of Philadelphia, PA, as “Sad Eye” for his trademark poker face—a 6-5 guard about whom you’d be hard-pressed to find a weakness on the court. As a child prodigy, he flourished under the tutelage of Philly’s No. 1 hoops guru, went on to star at one of the city’s top basketball high schools, all while building himself an unparalleled playground rep. But before we start listing any Ripley’s-ready court accomplishments or narrating any campfire tales, we’ll let those who are truly qualified certify this legend.

“He’s just a 6-5, do everything type of dude,” offers Philly-bred Raptor pg Alvin Williams. “He could shoot, penetrate, jump, just everything. He owned all the playgrounds down here. He’s definitely one of the top, if not the top playground legend out here.”

Ask anybody from Philly about Sad Eye and they’ll give you their favorite story. As modern-day Philly playground star Aaron Owens, aka AO from And 1 Mix Tape fame, remembers: “I think it was my first year playing in 16th—that’s like our Rucker—and I finally got to start. I was playing good the whole summer, but then I got hurt and couldn’t play in the playoffs. We were overmatched, so Sad Eye relieved me. And he was just killin’. I’m on the sidelines going crazy. We lost by one. He took the last shot from half court and it went in and out. We lost and he still got MVP of the tournament.”

“His size and the fact that he can do multiple things, is what made him so good,” says longtime Philly hoops guru Sonny Hill, who mentored Sad Eye. “At 6-5 he can play inside or outside, put the ball on the floor, create shots. But the big thing was about four years ago, Shaquille O’Neal brought his team to Philly and we spanked them. I mean, he put something on ’em real good. Shaq walked away like ‘Damn, he can really play.’”

The details of that Shaq game are even iller than Mr. Hill’s account. In ’98, for the promotion of his Respect album, Diesel did a charity game, which included some of Philly and NYC’s court kings. Only problem was, the teams wound up lopsided as Sad Eye’s squad teamed him with some of Philly’s best, as well New York legends like Rafer Alston and Booga Smith. Since the game was a 30-point blowout by halftime and the losing team had more Philadelphians than New Yorkers, they broke the squads up and placed all of the Philly cats on the losing squad. Result? The Philly squad overcame the 30-point deficit to win, with Sad Eye’s 10 threes in the second half were the catalyst to victory. Believe it.

But what makes Sad Eye’s story so compelling is that after being content with building a career, he retired from basketball in ’98. Today, at 34, he remains stubborn in his retirement from any tournament play. You may catch him running a full to stay in shape, but that’s about it. He’ll tell Sonny he’s coming to play in his tournament, or tell his young buddy Cuttino Mobley that he’ll take him up on his invitation to fly out to Houston and run with some of the Rockets, but nine out of 10 times, Sad Eye won’t go. “I’m just anti-social,” says Sad Eye, whipping his Maxima through North Philly en route to a high school tournament at LaSalle. “Everywhere I go, I get, ‘What’s up? What you been doing?’ I get that shit ‘til this day, and I ain’t play in four years. I started talking to this chick and just from us going out a couple of times and people approaching me, she’s like, ‘Is there something I don’t know, what’s the deal?’ She don’t believe it’s from basketball, though.”

Raised mainly by his grandmother, Sad Eye never knew his pops and lacked a male role model. And since poverty was a resident in his home, a television couldn’t be afforded, so he rarely got to see the NBA players his friends at school would rave about. He learned the game through battles fought on the crate that hung on 22nd and Columbus—that is, until he met one of the two men he says is responsible for his skills. For years, Philly teenagers either played AAU ball or in the Sonny Hill League—never both. So when Sad Eye started playing for the Hill League, Sonny fell in love with his potential. “He was always an outstanding talent,” praises Hill. “Just outstanding.”

By the time Sad Eye was 14, he was the biggest and best middle school baller in the city, as he helped his junior high school, Strawberry Mansion, beat the undefeated varsity at Ben Franklin HS. After that, Sad Eye had a starting varsity job waiting for him at Franklin the following year…but things didn’t quite work out.

“I was a problem in junior high,” he confesses, pulling into LaSalle’s parking lot. “Like, just ’cause I played ball, they would let me by. For that whole year I wasn’t passing. I mean, bad grades, and they passed me. My mom went up to the school in my ninth grade year. She knew I wasn’t supposed to pass. She took me up to the school when I got my report card and she had me put back to the ninth grade. She actually did that shit.” 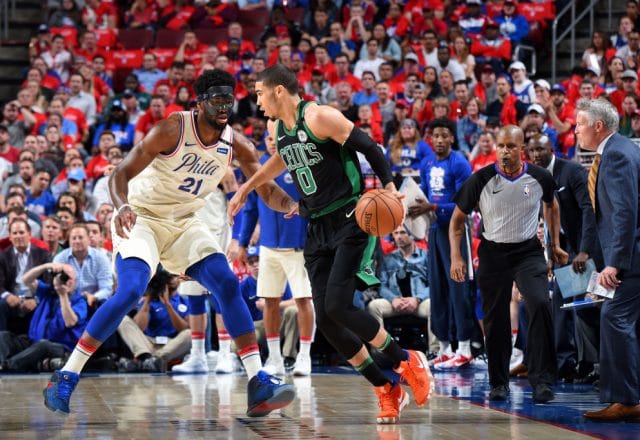 Jayson Tatum: Celtics ‘Should Have Swept’ the Sixers 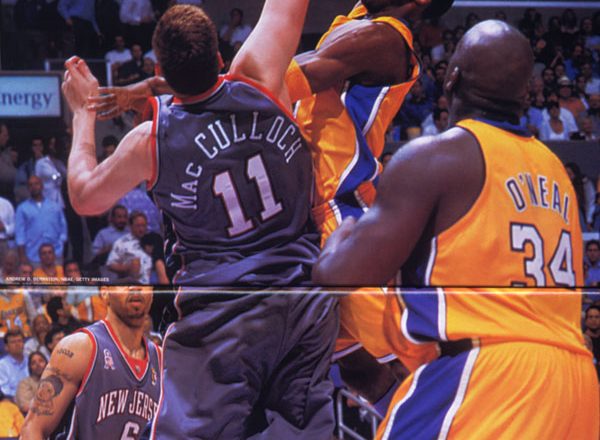 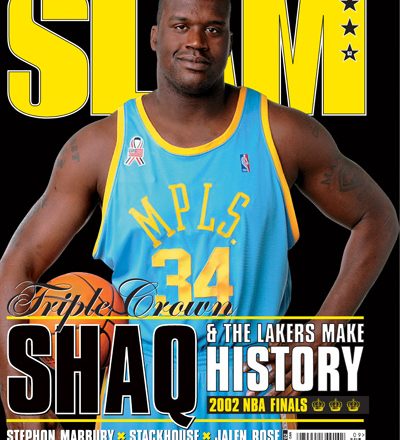