The Red Bull Reign 3x3 Tournament was a smashing success for the second year in a row. 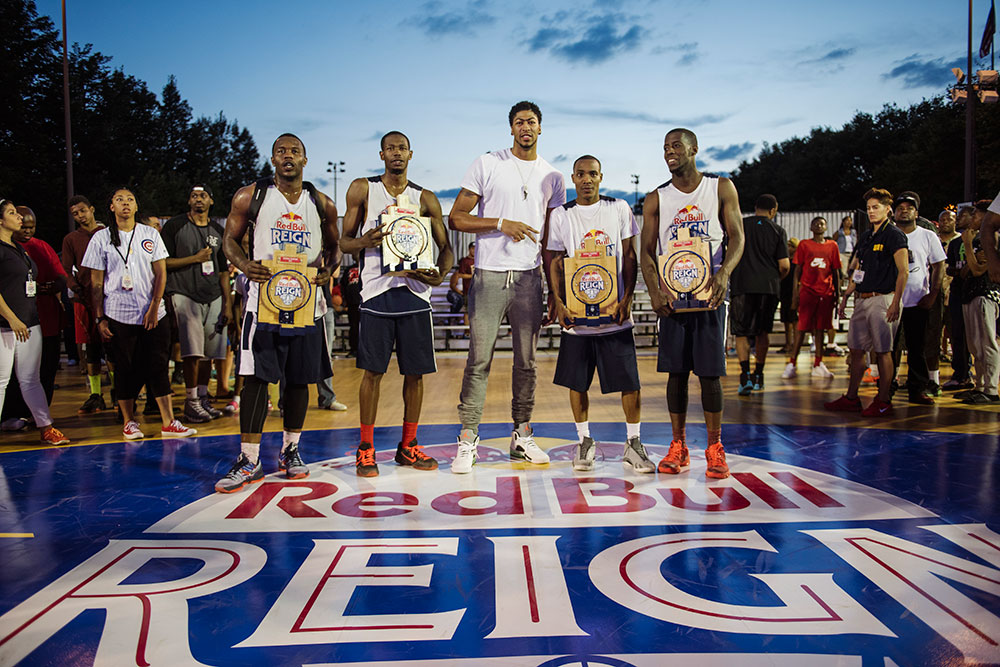 The second annual Red Bull Reign 3×3 Tournament was, in comparison with the first, bigger in all aspects, and also proof that the tournament will only continue to grow moving forward.

The crowd at Chicago’s Seward Park was larger, there were more teams, including several regional qualifiers—Houston, Oklahoma, Memphis, Indianapolis, Cleveland and Detroit—all vying for the chance to be crowned national champs and garner a spot in the FIBA 3×3 World Tour in September in Rio de Janeiro, Brazil.

There were even dual hosts as Chicago’s own Hustle Simmons and Young Wayne provided the play-by-play, jumping from one game to the next and roasting everyone they saw fit. While the focus was rightfully on the action on the court, both Simmons and Wayne need to be commended for their day-long verbal endurance.

The New Orleans Pelicans’ Anthony Davis arrived to host the finals looking noticeably fuller after adding over 10 pounds of muscle in the summer.

There wasn’t a shortage of action once the games kicked off. For nearly 10 hours, teams battled through temperatures that neared 90 degrees and refs who allowed physical play, which only added to the intensity of each game. The competition was also beefed up from last year, as many players had played some form of pro basketball, a few even having some D-League experience.

Indiana native Kenny Edward, who was dubbed “Angry Man” by Young Wayne, took home the dunk contest in easy fashion with an array of dunks that exhibited sheer power and athleticism, capping off his performance with a windmill while jumping over the head of one of his Indy teammates.

Coming off of the confidence of last year’s win and having the hometown crowd on their side, Solid Gold—consisting of Emmanuel Little, JaMarcus Ellis, Al Stewart and Chris Singletary—was all business, even with missing a huge part of their team in 6-8, 285-pound forward De’Andre Thomas, who was forced to watch and cheer his team on from the sidelines because of surgery to repair a left patellar tendon. Singletary stepped right into Thomas’ role as the team’s dominant inside force and the team didn’t miss a beat in getting back to the championship game.

Their opponent would be team All Work No Play, who made the trek all the way from Minnesota the night before and gave everyone fits with their quick-hitting offensive strategy.

While Solid Gold would be tested throughout the tilt, their inside-out attack would prove too overwhelming and they managed to stave off All Work No Play by one basket to remain reigning champs.

“This year the competition was great—it was hot,” said Little. “Adding teams from other cities stepped up the level of play, but we had this!”

Next year’s tournament should be even bigger and just as competitive, as there are sure to be different regions added with players anxious to prove themselves and rep their city.

“Who doesn’t love basketball? I think that’s the easiest ways to get guys closer together,” Davis said. “Whether they’re enemies, basketball can bring everyone together, and this tournament proves that. That’s why I wanted to do this. Last year, it was a great turnout. This year, it was even better with more players. It was a great atmosphere.”