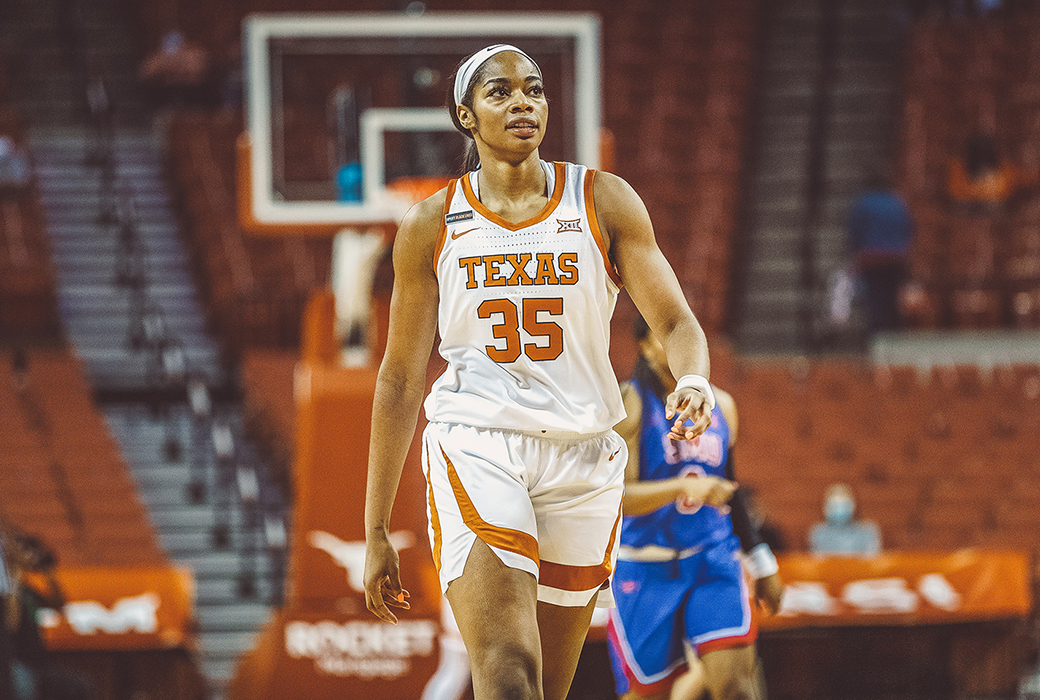 Charli Collier, a talented junior center at the University of Texas, has some decisions to make in the next few months, but there are no bad options.

She can stick around at Texas for her senior season next year, anchor a team under head coach Vic Schaefer that will add a hugely talented incoming class to a group already building toward Big 12 contention this season, and set some records at her home state school. Schaefer has a propensity for turning players into pros, as his stars at Mississippi State, Victoria Vivians and Teaira McCowan, can tell you.

Or, as someone turning 22 years old in the 2021 calendar year, Collier is eligible to forego her senior season and hear her name called early on in this spring’s 2021 WNBA Draft.

A consensus is building around the idea that Collier’s name could be called first overall, meaning this telegenic personality with designs on a broadcasting career could be Brooklyn-bound, now that the New York Liberty have won the top pick in the draft lottery for the second straight year. That would mean Sabrina Ionescu would be the one feeding her the ball.

When decision time comes, Collier will sit down with Schaefer and her mom, Ponda, to figure out the best course. If and when WNBA commissioner Cathy Engelbert calls her name first, those words will echo what her father, the late Elliot Carter, always told her.

The two spent endless days and nights on the Collier driveway, her father unafaid to block her shot and challenge her to keep getting better. Still, his words of encouragement to her, they never stopped.

“He would tell me, You’re going to go No. 1 in whatever you do,” Collier says. “And crazy—I was number one coming out of high school, now they’re saying I’m number one going in the draft. So that definitely drives me.”

Collier enjoys the gift of genetics when it comes to hoops—Elliott started at Montana State-Billings, and Ponda played at Southwestern University in Texas. But she understands that the gifts are where the work begins, too, a lesson Elliott hammered home to her. He’d know: he was a walk-on in college before he was a starter.

There’s been no danger of that for Collier, who experienced a long recruitment, getting her college scholarship offer back in middle school, from the woman who eventually became her first college head coach at Texas, Karen Aston. At Aston’s summer basketball camp, she took notice of the seventh-grader who didn’t look much like a middle schooler.

“We were just shocked at the things she could do at that age,” Aston recalls. “I mean, from a skill perspective, I remember very directly thinking I haven’t seen kids, even a lot of older players, make post moves [like her]. It was obvious that she was going to be really special.”

Even so, Collier did not find stardom in her freshman year, starting just one game on a team with a crowded frontcourt that included Jatarie White and future New York Liberty forward Joyner Holmes. Aston knew the moment she sat down with Collier for her end-of-season meeting that next season would be different. As she laid out the things the rising sophomore needed to work on, she saw Collier immediately process it, accept it and then want to get right to work.

“She just has this way about her,” Aston said. “It’s always, What’s next? It’s always, How do I attack and be better?”

Collier challenged herself the same way she did during every driveway session with her father, and by next season, she was ready. She started every game as a sophomore, averaging 13.1 points, 10.5 rebounds and shooting 35.4 percent from three—a stat line that has WNBA talent scouts excited to add her to the League and, until then, the first name on college scouting reports when Texas comes to town.

North Texas knew they had to stop her, but their game plan to slow down a preternaturally smart Collier, who now sports a next-level physique that allows her to bang with the biggest collegiate centers, can only take them so far.

There’s a reason Collier was Vic Schaefer’s first call when he took the head coaching job at Texas. What he’s learned in the months since he got there speaks volumes about her work ethic and long-term goals as a player.

“Her work ethic and how hard she goes even when she’s the only one in the gym is really apparent to me,” Schaefer says. “So you confirm what I thought I knew going into the whole deal. She has a chance to be really special for us.”

She has a vision of becoming a pro like Candace Parker, one that dates back to the first time she put on a CP jersey as a young girl. To get there, she sets daily goals that she tries to accomplish.

For instance, she spoke with frustration about her performance against Texas A&M—a desire to recognize the double- and triple-teams faster, and to find her open teammates sooner.

When it was pointed out to her that she still had double figures by halftime—she finished with 14 and 12 in the game—she laughed. Stopping Charli Collier is a relative term. Even so, she wants to get better at facilitating from the wing, getting more time at the 4 along with the work Texas needs from her at the 5. It’s less a Candace Parker profile, game-wise, than an A’ja Wilson one.

No wonder all her career choices are good ones.

She’ll make the right call based on those bigger life questions, but she’s not immune to the lure of checking out the mock drafts, either. This past summer, Collier found herself sitting in her room, reading them with her name at the time, imagining what her father would say about it. Her eyes shimmer, and her hands gesture at the camera for emphasis. The future broadcaster is making a point about herself.

“When they say ‘Charli Collier,’ and they say, ‘No. 1,’ that to me is just speaking into existence what me and my father talked about.”

It’s just a matter of when, not if, for Charli Collier.