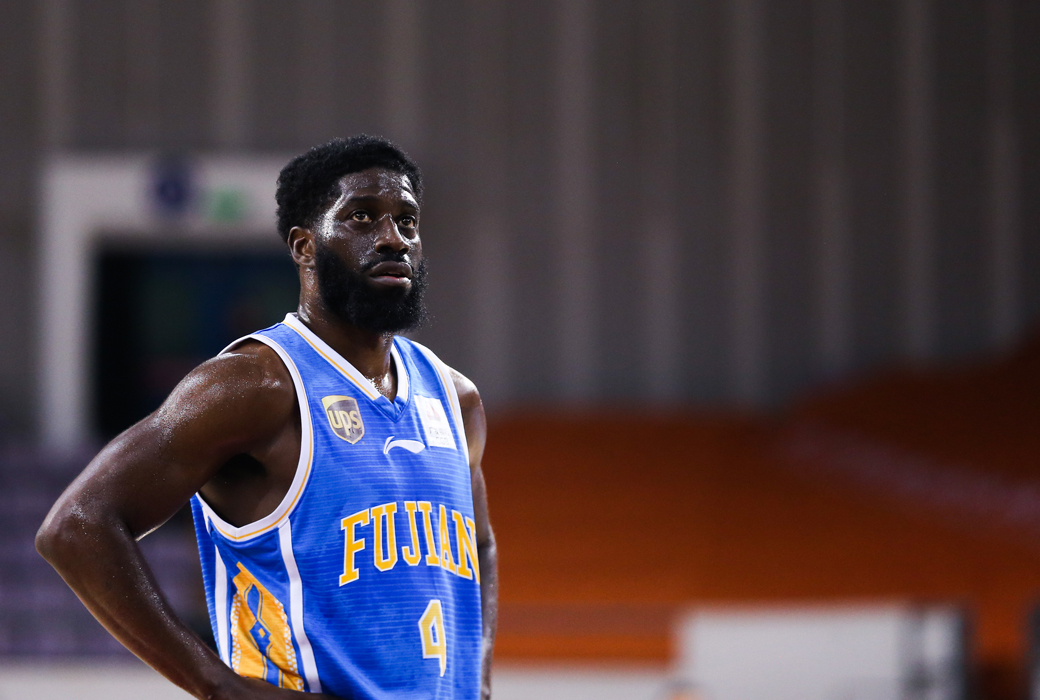 The Chinese Basketball Association (CBA) intends to resume play soon, becoming one of the first leagues that was suspended due to the coronavirus pandemic to return to action. After initially setting April 15 as a target restart date, the CBA delayed to early May—but not before American players flew back to China and went into immediate quarantine.

When the season does eventually pick up again, the CBA will serve as a blueprint for the rest of the world’s professional sports leagues. The plan is to compete in empty arenas and follow an adjusted schedule. SLAM will be getting periodic updates from players in China, including Eugene “Pooh” Jeter.

Jeter is a guard for the Fujian Sturgeons. He’s been in the CBA for eight years now following a long career in Europe and one stint with the Sacramento Kings. Here, he describes his recent journey from Los Angeles to Fujian, what it looks like on the ground there, the rules of his quarantine and his outlook for the future.

Wassup, SLAM family. Grace, peace and blessings to all. My name is Pooh Jeter. Welcome to my “Diary from China.” Live from Fujian. This is my eighth season playing in the CBA. These next couple of months, I will be giving you information about my whole experience dealing with COVID-19. Are you ready to keep your butt in the house? Are you ready to worship God and not worry? Are you ready to start focusing and bettering yourself? I hope so, because right now, we see that our lives are way bigger than sports.

OK, about the last week. So I flew from LA to Taipei a week ago. First of all, LAX was empty. That was kind of weird. My flight was at 11:45 pm and I pulled up to the airport at like, 10:50 [laughs]. For me to leave [my house] around the time I left and get to the airport at that time was crazy. Everybody got their face mask on and this and that. Everybody got that look on their face when we’re going from LA to Taipei. I knocked out the whole flight. I get to Taepei, I’m looking for a face mask because now I’m going to China. All the face masks were sold out in LA. You couldn’t get no face mask, no hand sanitizer, nothing. I go into a little store [in the Taipei airport], they had the face masks. I got two of those.

Now from Taipei to Shanghai, it was like, OK, this is getting real. When we landed in Shanghai, we had to wait on the plane for like 30 minutes. They were calling different people that were sitting in the back, so everybody’s looking like, What are they doing? Everybody’s alert and on-guard. [After getting off the plane], we had to go through this tunnel to go downstairs to get on the bus. Now we’re all on the bus, everybody got their gloves on, keeping their distance, don’t want to touch anything. We get off the bus on our way to the baggage claim and there’s a huge line. People got their whole suits on, face masks, like Star Wars gear. It’s really serious. We landed at, like, 12:00 pm. My flight to Quanzhou wasn’t until 8:00 pm. So I’m in the airport for, like, eight hours. This whole process—they are walking around, spraying stuff in the air, everybody’s asking questions. When it gets to the time to get interviewed and all that, I sat down, they asked me all type of questions: Where have I been? Have I been in contact with people who have the virus? It was a whole interview process that I had to do, like, three times. Everybody had yellow stickers. I heard you can get green, yellow or red stickers. Green stickers probably means that wherever you came from, nobody has the virus. Everybody from the states got a yellow sticker because that shows you came from an environment where people have the virus. I don’t know what red means, but I have a yellow sticker on my passport.

I get my bag and then go up these stairs, it’s probably like 3:00 pm at this point now. Everybody coming internationally, we’re all upstairs in this room. Everybody’s separated. They’re calling your name, this and that, so they can take you to get your ticket. At 6:00 pm, it’s my turn to get my ticket. I’m in a different terminal. I have to go to Terminal 2. I get in this van. Inside, there was plastic everywhere. Everything was just covered in plastic. When I tell you they ain’t playing, they ain’t playing at all.

I get to the ticket counter, somebody has to escort me inside. Once I got through the security part—[there were] more questions—then I go upstairs. By this time, it’s 7:30 pm, and I’m like, Yo, can I at least eat? I didn’t really have a chance to eat at all.

I fly into my city. Bro, the same process again. I land there probably around 9-10 something. I went through the same process. Interviews, signed papers. Where have you been? You did that in Shanghai, you didn’t do that here, so where you been at? They do temperature checks all the time because they want to see who has a fever or not. I’m waiting at the airport, answering questions, [getting my] temperature checked. I couldn’t go to where I was living before, I had to go to a random hotel for two weeks. All of my stuff is at my other spot. I get into the van [to the hotel], there’s plastic everywhere again. I get to the hotel, you already know [what happened]. The process—where you been at? [It was done] by doctors at the hotel. Wherever you go, you have to make sure you give them your information. They’re not playing. They’re not playing about this. It seems like they got the world on their shoulders. It started here, so now they got to make sure that they’re doing their part so other countries can know how to survive.

Somebody from my team was able to leave me some McDonald’s. That Big Mac had no chance [laughs]. I [entered the hotel] through the back. I don’t even remember what the lobby looked like because they had stuff blocked off. I went to the elevator, went straight to my room and have been in my room since.

I can’t leave my room. I’m really in quarantine. I can see what’s outside through my window but there’s no view at all. I can’t go, like, in the hallway. I think nobody has really taken the risk to go down the hall or get on the elevator. We’re supposed to do this for two weeks straight. I’m on day nine. I have five more.

I don’t watch TV at home, so I’m really catching up on all my shows. I just watched the last season of Snowfall, now about to go into Tiger King. I’ve been talking to family, eating, reading, doing my own workouts that my trainers gave me because they gave me some bands. I’m, like, running in place [too]. I get my temperature checked in the morning and at night. I open up a window for a few hours to get some air in. And that’s it. It’s really just time to reflect, time for reading, time to execute so many other things outside of basketball. Ty Lawson, my teammate, is a couple of doors down from me. I haven’t seen him though.

I found out through my agent [about the season being pushed back to May]. And a couple of my teammates and some players in the CBA. You know, the word keeps on spreading. When I saw it, I was like, Here we go. When it comes to this league in China, nothing really surprises me. I’ve seen a lot of stuff. But also, I’m looking at it like, coming through this quarantine, if we would’ve started April 15, there probably would’ve been so many injuries. Doing two weeks of quarantine into practicing for a week then going into four games a week, you know how crazy that is? I also looked at it as a cool way of getting back into game shape.

I end [my quarantine] next week, so I’ll have time. But we’re going to find something new out everyday. With the virus or with the season or who knows. We just don’t know. You just got to go with the flow of things. I’m already in a situation where I really can’t do anything. Man, things happen for a reason. It’s not just me, there are other players that flew over here as well. Now they reported that starting tomorrow, no foreigners can come into China. So we got to see how long that’s going to be or what the league’s going to do. When I tell you things are out of our control and just control what you can control, that’s really all we can do. That’s the whole waiting game. Who knows? I got to make sure that I’m mentally and physically in shape.

There are so many ways to look at it. One thing for me is, Dang, I’m not there [in LA] to be with my wife and my kids. That’s the only thing because everything else is closed so it’s not like I’m kicking it with homies or I’m in the gym working out. It’s really that valuable time being able to physically hug my family. Other than that, I’d be doing the same thing.