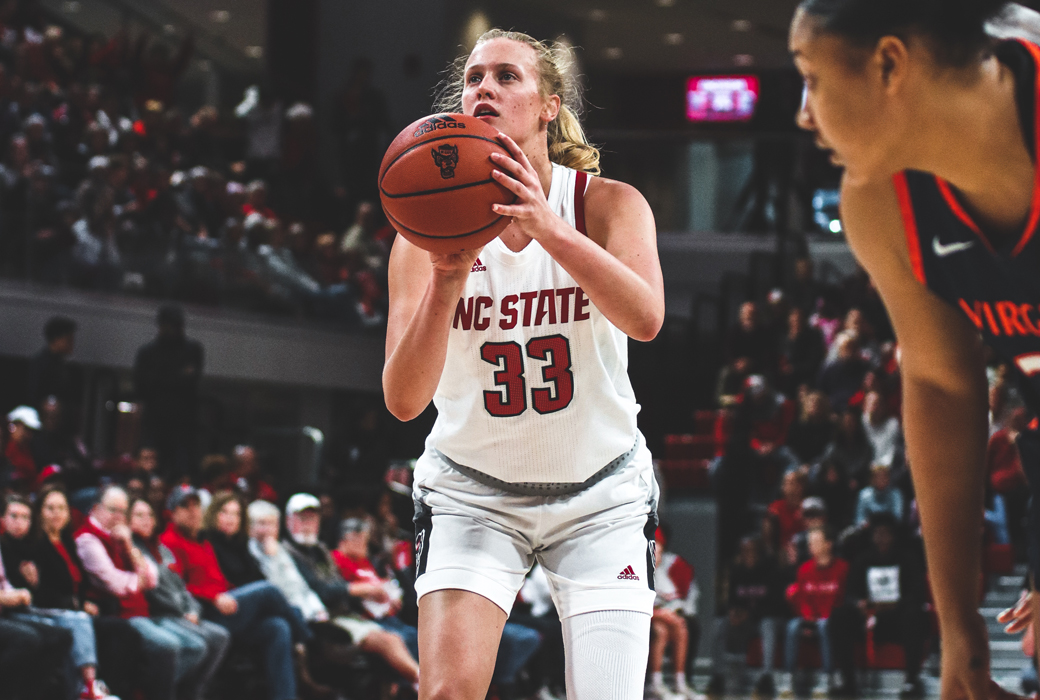 EDITOR’S NOTE: This feature was written weeks before the COVID-19 pandemic led to the suspension of the NCAA season.

When Elissa Cunane scores, she smiles. When she grabs a rebound, she grins. When she blocks a shot, she beams. The 6-5 sophomore center for NC State plays with so much uncontainable joy that TV analyst Debbie Antonelli dubbed her, “Big Smile.”

“I just try to have fun with everything and it just shows through,” Cunane says. “The team and coaches just feel like family. I really feel comfortable around them.”

The rest of the ACC has become all too familiar with Cunane’s expressions and exploits. She averaged 16.5 points and 10.1 rebounds per game while shooting 55.2 percent from the floor this season, ranking in the top six of each stat in the ACC. Nobody else in the conference averaged a double-double. She was named ACC Player of the Week on two occasions, becoming the first Wolfpack player to do so since the 2010-11 campaign.

Cunane has also stretched her game, knocking down 41.2 percent of her three-point shots this year.

“I think, one player that I really try to model my game after is Elena Delle Donne,” Cunane says. “Just because she has that inside presence but can pop out on the perimeter.”

A native of Summerfield, NC, who grew up watching UNC’s Erlana Larkins in the ACC tournament, Cunane picked the Wolfpack over the UNC Tar Heels and Duke Blue Devils because of the relationships she built with NC State. For the next few seasons, she’ll keep reminding the rest of the ACC what they missed out on.

“The coaching staff for NC State is what really stood out to me of the Triangle schools,” Cunane says. “Reynolds Coliseum is absolutely beautiful, and I just feel like they had my best interests.”