Skip to content
The Magazine
BY Max Resetar
February 12, 2019

Dylan and Dakota Gonzalez Are Coming for the WNBA ☄️

“If your dreams do not scare you, they are not big enough. So go big,” Dakota Gonzalez says with a big smile.

Her twin sister, Dylan, is sitting right next to her at Sunset Park in Las Vegas, laughing along. But don’t get it twisted—the Gonzalez twins are dead serious about making the WNBA.

Big, as in trying to make it onto a WNBA roster after not hooping competitively for over a year. Big, as in proving countless internet haters wrong. Big, as in fulfilling a journey, through multiple states and two colleges, that’s taken an entire lifetime of work. 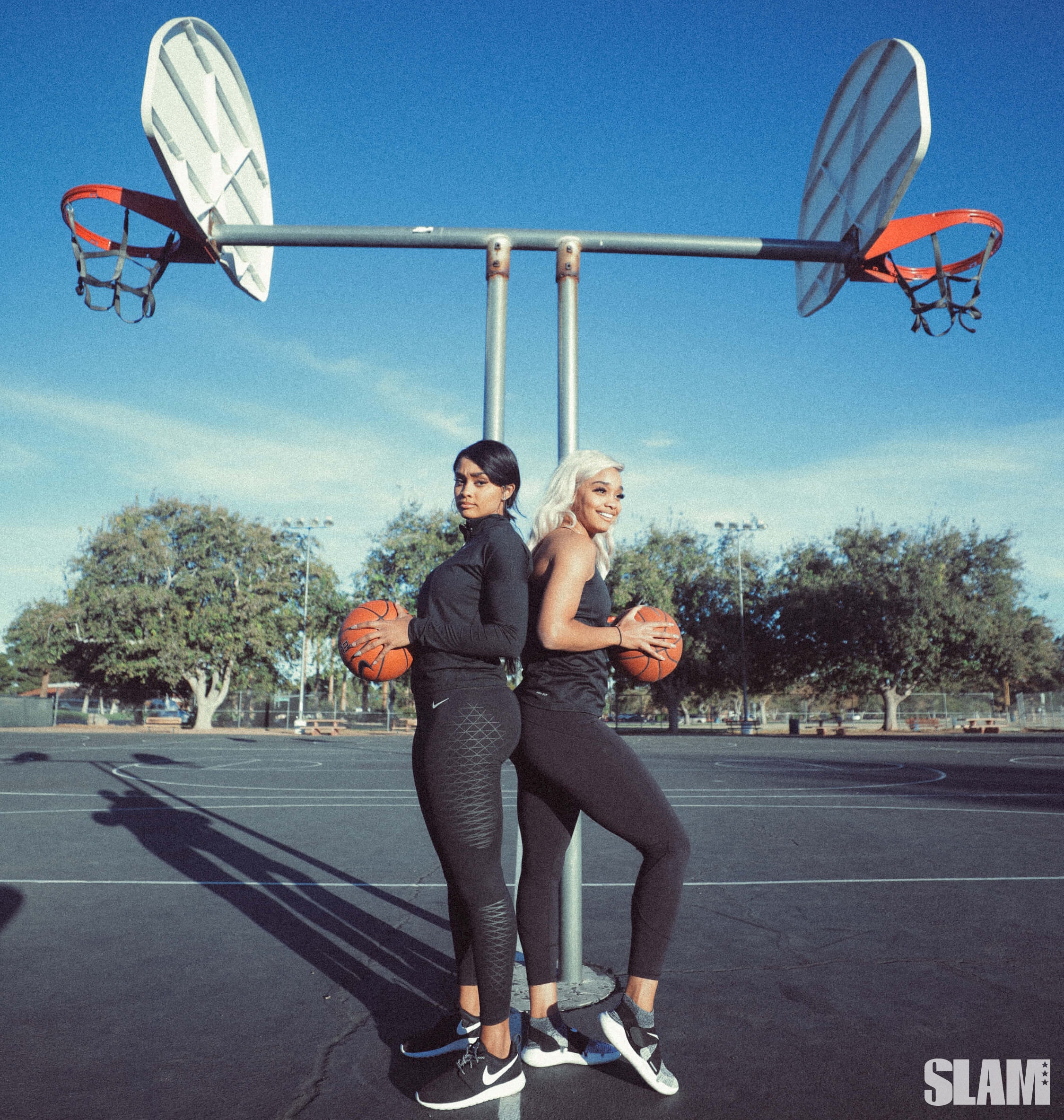 And they know it’s going to be tough, especially after not playing for a minute, when they chose to pursue their music career instead.

They’ve been in the gym and on the court the entire time, working on strength and conditioning and skill level. And now they’re ready to go after their dream of playing in the W.

The Gonzalez twins were stars at Highland HS in Pocatello, ID. They were named Co-Players of the Year after their freshman season, and Dakota went on to win the Idaho State Journal’s Girls Basketball Player of the Year for three consecutive years.

They started their collegiate careers at the University of Kansas, where their mother, Angie, starred. Angie was a walking bucket, scoring over 1,500 points in just three seasons as a Jayhawk. She earned an All-American honorable mention selection in 1984 and then played pro ball in Germany.

But the twins, born in ’94 and both standing at 6-0, only stayed in Lawrence for a single season, transferring to UNLV in 2014. The decision paid off. They averaged a combined 23.1 points in their final year with the Runnin’ Rebels, growing their games together. Dakota became a well-versed offensive threat and Dylan matured into a do-it-all defender. They were solid individually and they were dynamic together.

“Dylan is a very tenacious defender,” Dakota says about her older sister. “Super dialed in, super vocal, incredible leader. Goes super hard. Every game, Dylan is going to bring it. Definitely likes her pull-up threes and her transition threes. She be gunning and hitting. She even has a little step-back that she likes to do at the three-point line. One move that never fails to get people, even when I tell them, is her up-and-under. When she gets in the paint and she stops, don’t fall for the head fake! I’m not even going to lie, I know that’s her move and she still gets me.” 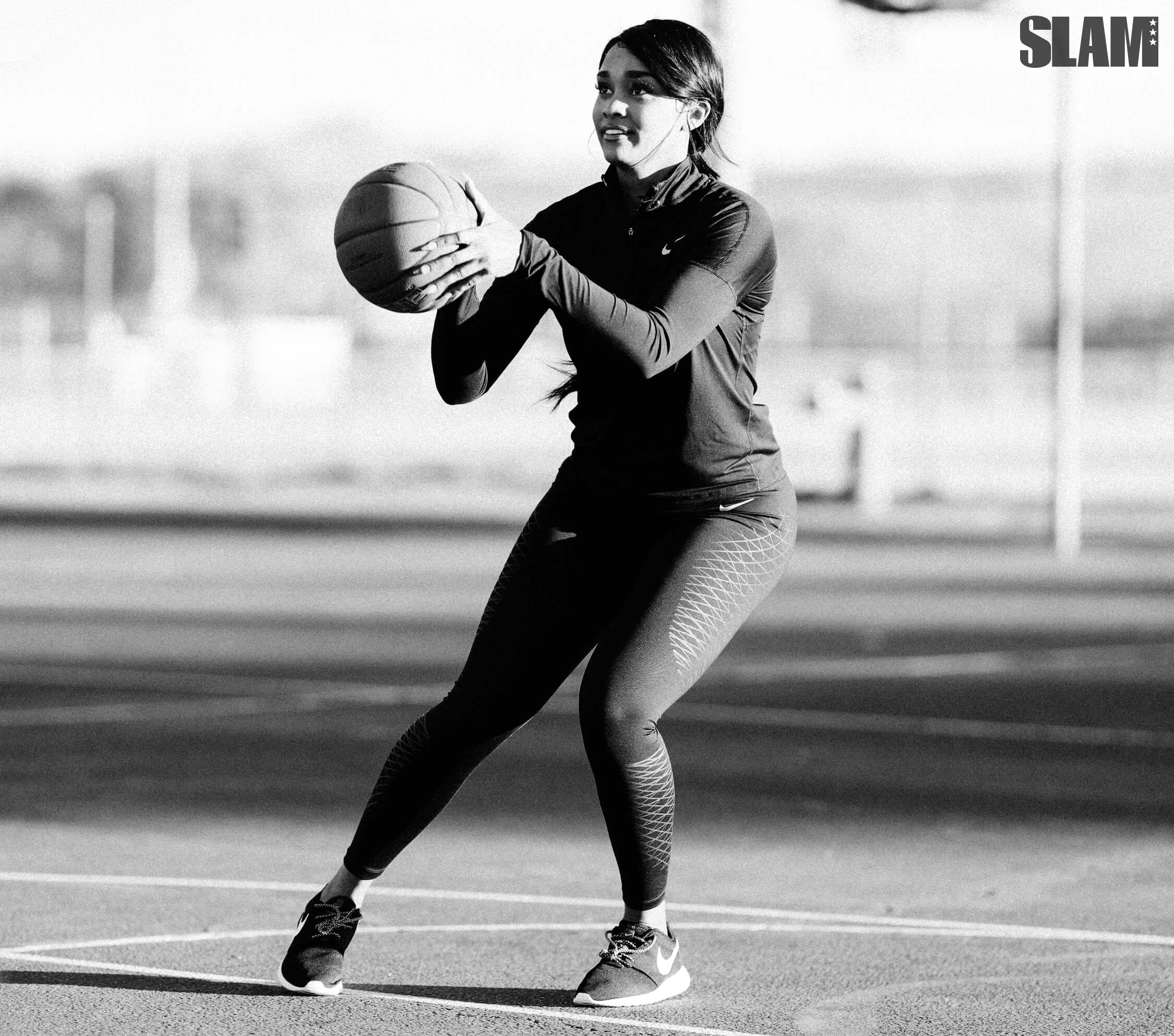 “If I were to give a scouting report on Dakota, I would say a very vocal leader,” Dylan follows. “Refuse to lose mentality. Loves her pull-up mid-range jumper. Even when we play one-on-one, it’s very difficult for me because she’s kind of that player that has all of the skills in her pocket offensively. She can shoot the three, she can pull-up in the mid-range and she can get to the basket and finish. It’s a defensive nightmare. You don’t want to get too close but you can’t be too far back because she’s going to pull it in your eye.” 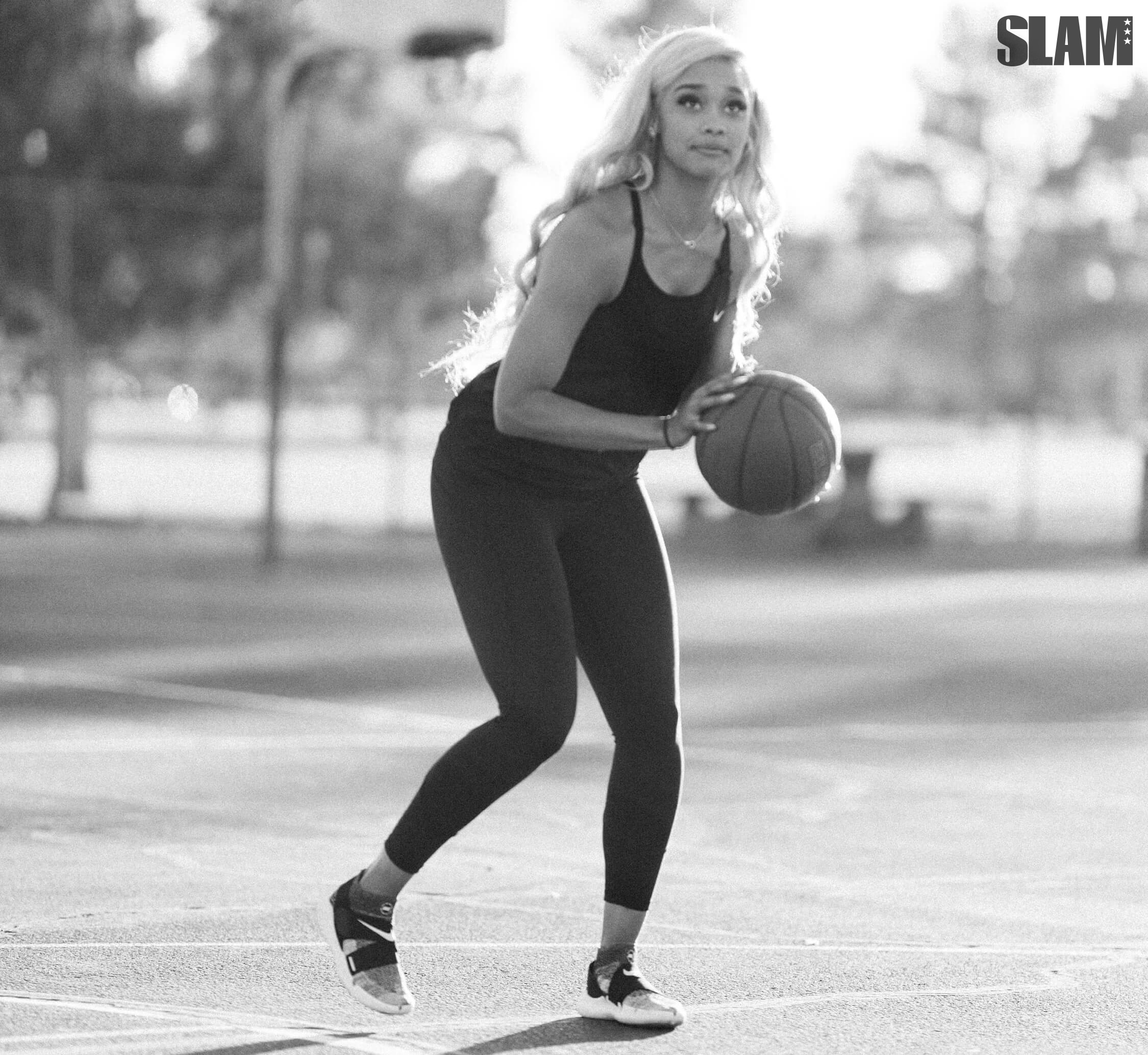 Even with all the improvement they made on the court, the twins decided to step away from the game in 2017, foregoing their final year of eligibility at UNLV in favor of a music career. The NCAA wasn’t allowing them to profit off of their songs while still playing. So they dipped. They released Take 1, their debut R&B EP, in 2017, and have continued to work on their music ever since.

For as long as they can remember it’s been hoops, along with Michael Jackson, Whitney Houston, Queen, Beyoncé, Ciara, Elvis and so many others. They’ve always had varied musical tastes—a mix of oldies like Frankie Valli and the Four Seasons and new stars like Ariana Grande.

Their wide-ranging musical knowledge offers a peak behind the curtain—beyond the IG profiles and into the mindset of a pair of professionals. They put the work in, something they want WNBA teams to notice.

It’s a calm day in Las Vegas—sunny and windy, but not too hot. Dylan and Dakota are getting shots up in the park, joking about how far their jumpshots have come, laughing constantly. 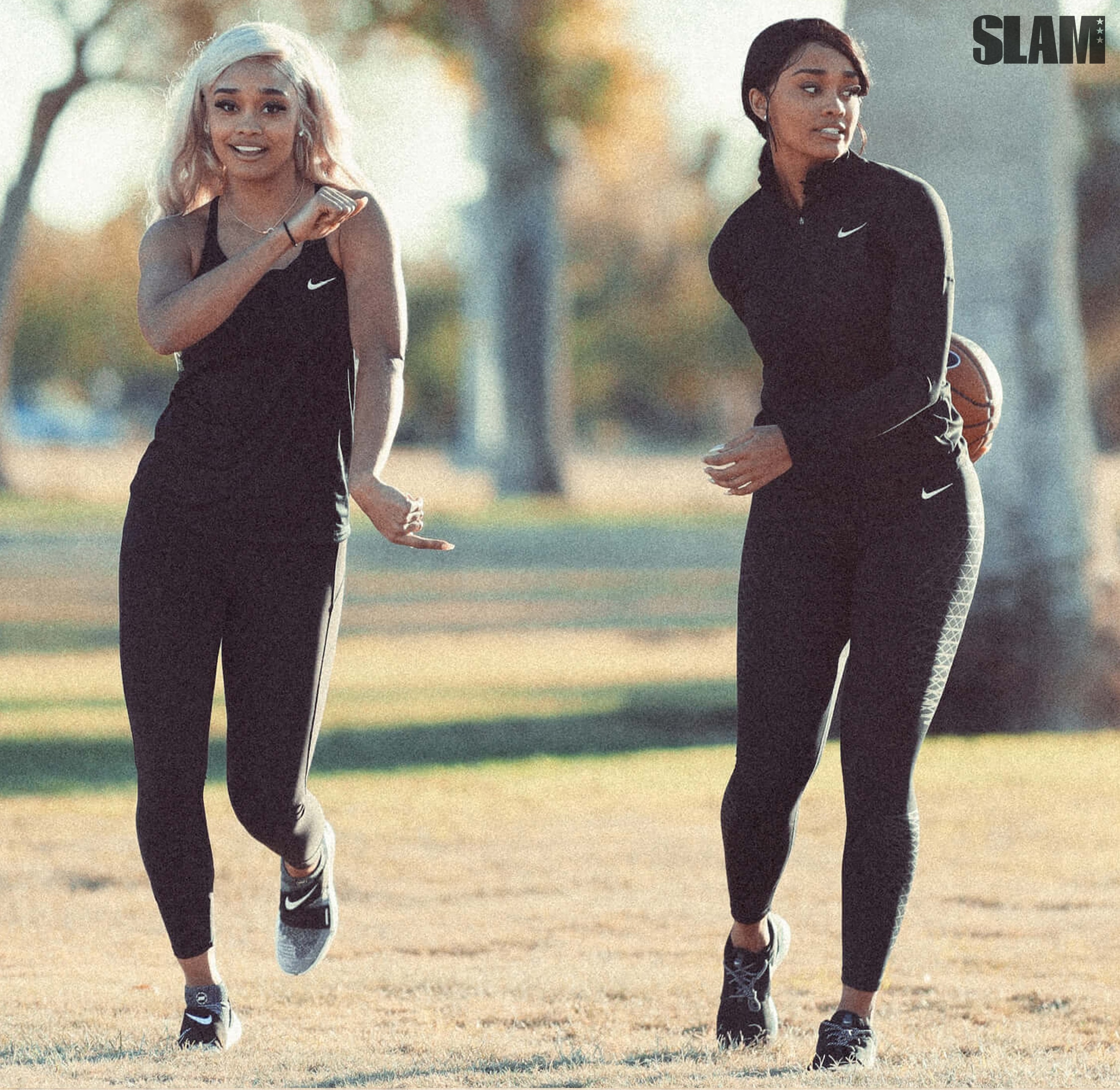 “My mom actually used to always say you’ve got to come and shoot on outdoor rims because then you’ll be a super good shooter,” Dakota says.

They demonstrate their old shots, yelling out impressions of their mom’s advice.

“She’s such a coach, that lady,” Dylan says, right before knocking down a jumper.

The twins are quick to switch between light-hearted reminiscing and deep thought.

“I don’t think Dakota and I are the saviors,” Dylan says. “I’m not saying that we’re going to come in and make the WNBA something completely crazy, like it’s never been. Like, ‘The WNBA needs us!’ It’s not like that.”

But the WNBA could make use of their massive social media following. The twins acknowledge that they haven’t fully tapped into the voice that they’ve developed, but that doesn’t mean they won’t.

“I don’t think that Dakota and I have ever really taken advantage of our platform like that,” Dylan says. They each have over 1 million followers on IG. “I just feel kind of weird about it. We do not open up regularly.” 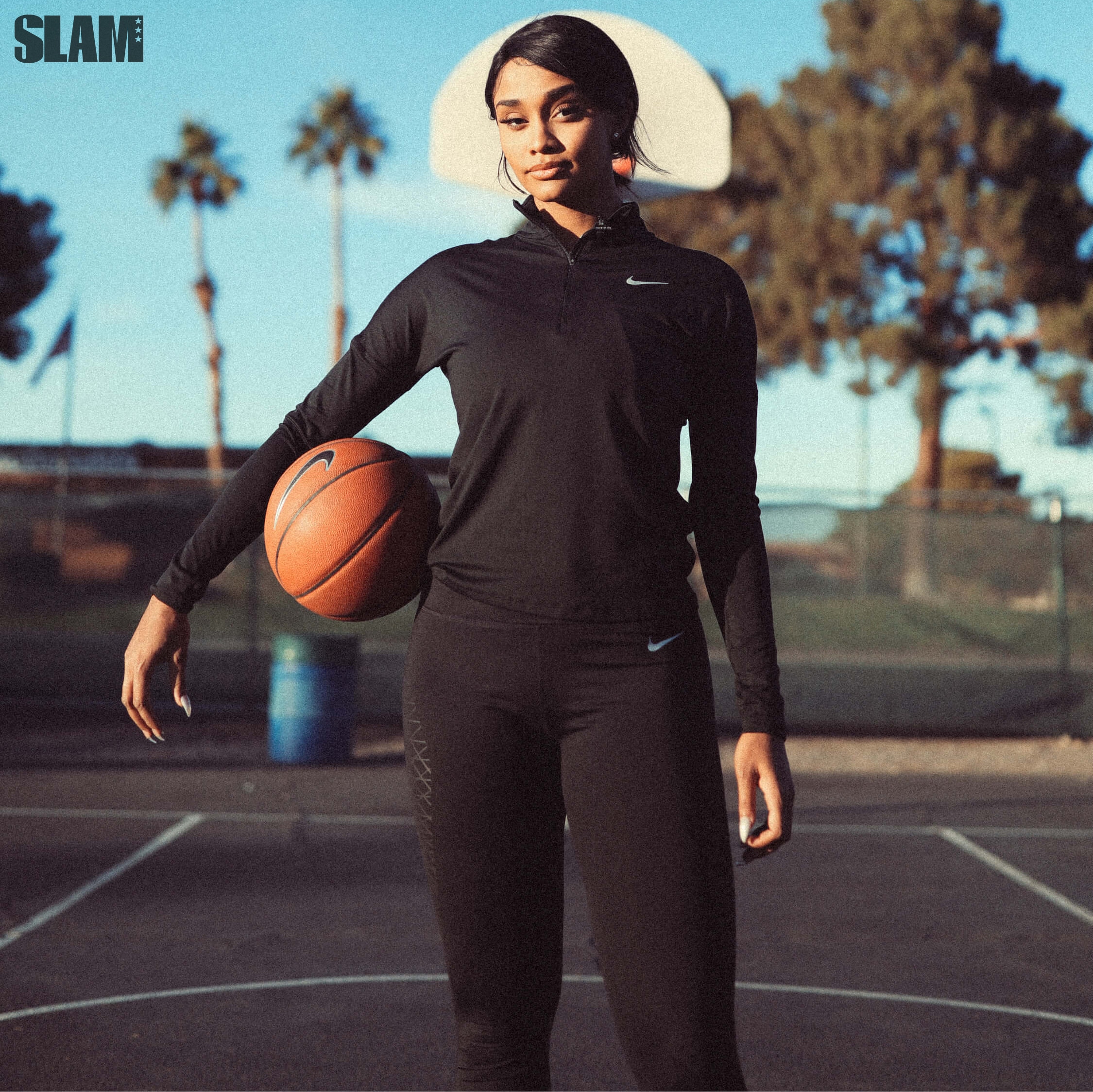 They both mention how much criticism they receive even when they keep things on the “surface level.” Dylan admits it’s gotten to her in the past. Sharing her life with the internet, she admits, is “a scary thing.”

“Quite frankly, when we really look at it, and we think about the bigger picture of what we’re trying to accomplish, it is our responsibility,” Dakota says. “We do have a responsibility to help educate people and to inspire people. We do feel like we have voices and we have things to say. We want to be able to start putting that out there. And I don’t think we’ve done that so far.

“I saw something on Instagram and I think it was another social media influencer. And he kinda was like, ‘When people come to your page, what are they getting out of it? Are you inspiring them?’ It spoke to me and made me realize that is some true shit right there.”

“We want to inspire young ladies [and] just people in general to pursue their passions,” Dylan adds. “And hopefully if we are open about that, it can open that door for people to go for whatever.”

The twins want to be next in line, following in the footsteps of Sue Bird and Diana Taurasi and Candace Parker, legends who inspired a whole generation of young women to start playing. Even if they have to start on the bench.

“It’s exciting to even have the conversation out there that we’re looking to pursue it,” Dakota says. “Even if I got to play pickup with them, I’d be pretty happy about that. These are, like, freakin’ stars. People don’t understand that. A lot of people know, but a lot more don’t. These women are legit.” 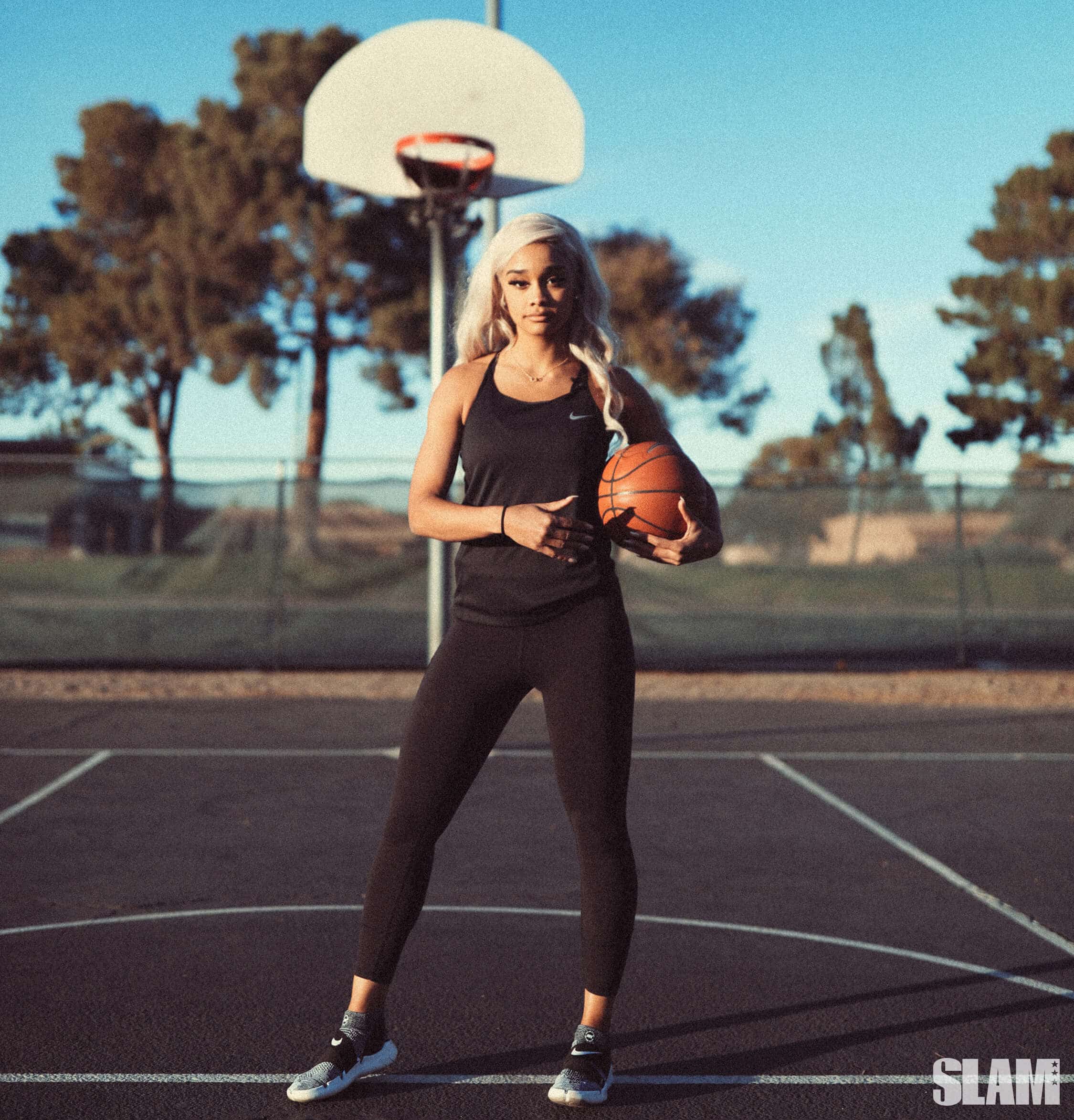 “And to be in that mix would, honestly, just be crazy,” Dylan says. “That’s top of the line. We’re looking for progression, not perfection.”

“Then work your way up,” Dylan adds.

“All the women who are so amazing, who are the best in the world, they don’t get enough credit, they don’t get enough notoriety,” Dylan says. “And it would be an honor to just be sitting on the bench with them. It would just be an honor knowing that there are all these women, who are so talented at this craft, that I love. The goal is to get there. And we’re the type of people who when we put our minds to something, it gets done. We just put our nose to the ground and we just work really hard. Because that’s all we’ve ever known how to do.”

“It’s part of that fierce competitiveness that has been instilled in us,” Dakota says.

“If you just look at us, no one wants to take us seriously. And I’m like, ‘That’s cool, don’t take me seriously, advantage for me,’” Dylan says with a sly grin. Dakota chuckles next to her. 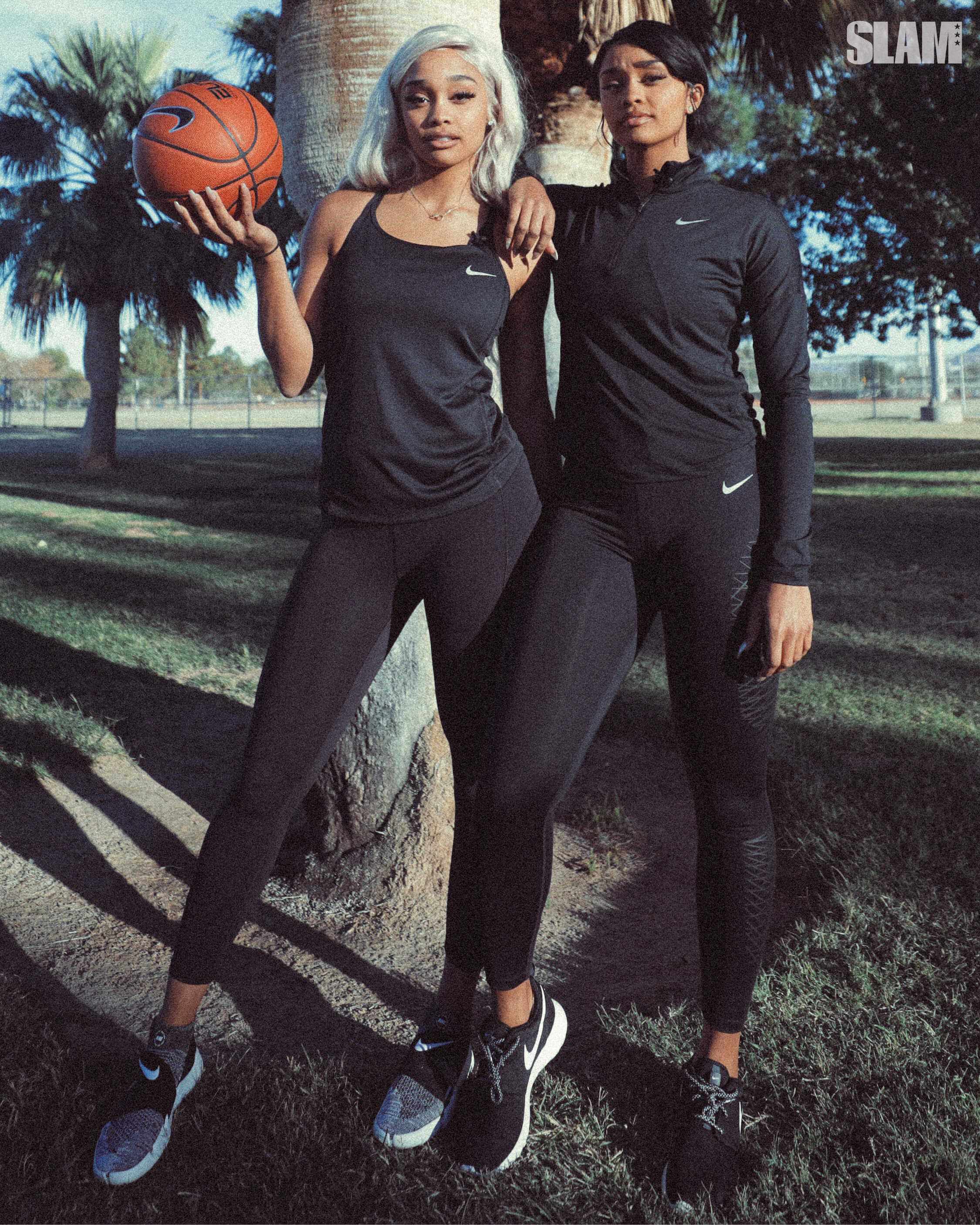 They expect the doubt; they know the hostility will be there. Dylan concedes that she didn’t even want to announce their intentions to play professional basketball. Dakota mentions how tough it is to be vulnerable in the public eye. But here they are, working for their moment, without any illusions, without any promises.

The sun is starting to fade on East Sunset Road and what was a warm mid-November day is starting to turn into a chilly mid-November night. Dylan and Dakota continue to dribble and talk about their basketball odyssey, one with too memories to recount everything.

Some things do stick out to them, though. Their awkward shooting forms in middle school, their less-than-stellar tenure at Kansas, their early moments of falling in love with the game. They argue real quick about their all-time one-on-one record but come to the conclusion that Dylan is winning the current series, while Dakota has more lifetime wins. They share a story from a few months ago when they couldn’t even finish a game because they had too big of a fight. It all had a purpose.

“I do feel like we are prepared,” Dakota says. “And the work we put in thus far, I do feel very confident. We love the challenge.”