FOR THE CULTURE: Why the Iverson Classic All-American Game Is Just Different 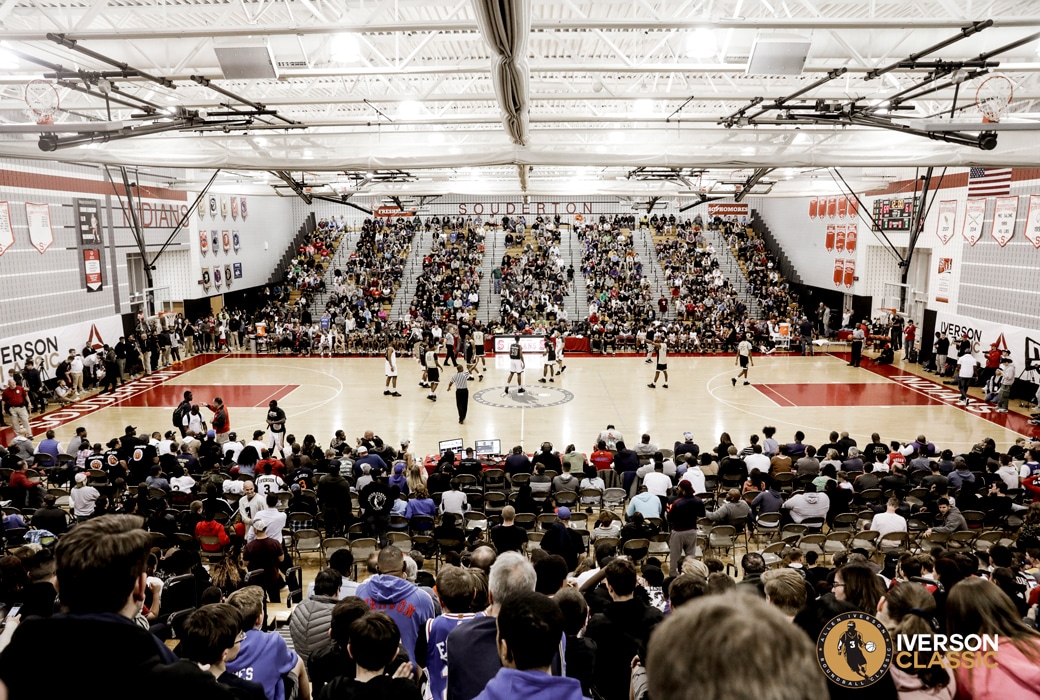 Welcome to #IversonWeek, a celebration of The Answer ahead of the Iverson Classic on Friday (April 26). Click here for more information on the event.

In the 2011 book, The Tanning of America: How Hip-Hop Created a Culture That Rewrote the Rules of the New Economy, music and advertising executive Steve Stoute writes about a story Jay-Z told him in which the Brooklyn artist recounted a recent trip to Europe. Per Stoute’s recollection, Jay spoke of the time he went over to then-French president Nicolas Sarkozy’s home for lunch, where they were eventually joined by the president’s son. Jay quickly noticed that the 23-year-old’s hair was fully braided, and Sarkozy explained that his son was an avid fan of Allen Iverson and had taken up the hairstyle in his honor.

That’s the kind of cultural impact that motivated Jai Manselle to join Bobby Bates and The Answer himself to bring the Allen Iverson Roundball Classic to life in 2017.

“There are a lot of great NBA players, but there aren’t that many that have an original connection with the culture of basketball where it makes sense for them to be the figurehead of something like this,” says Manselle. “We just felt like this was a space that lacked innovation, lacked something new. So we said, What can we do that’s new, innovative and different? That’s not beholden to shoe companies and not beholden to politics. Just true competitive basketball.

“There are guys in this game that are more influential than starters in the NBA, so I think this is a growing market that was right for disruption. It only makes sense that our goals for the Classic would be to do something that has never been done before this way and to do it authentically different.”

Manselle goes on to explain that the Iverson Classic isn’t meant to be another end-of-season celebratory HS senior all-star game that comes at the end of a light week of activities. The mission, from the start, has been the complete opposite—putting direct competition at its forefront.

“It’s easy to put the top 24 players in a victory lap game. That’s not what this is. And in one-on-one you can’t hide,” says Manselle of the skills challenge competition on Day 1 of the showcase, which other major all-star events haven’t implemented yet. “We don’t set up our game to be a victory lap and we don’t just look at this game as a great honor. We like to think it is, and a lot of these young men are very honored to be in it, but I also think it’s about forging some of the authenticity and competitiveness that is fundamentally lost at this stage of the season. I think that’s a big part of what this game means to the culture of basketball. We’re not trying to build an environment where you come out and be divas for a few minutes.

“In terms of goals year-to-year, one of the big things is growing the prestige and another is, how do we make people who don’t care about this space care? How do we get this game to a place where it’s not only one of the biggest nights in grassroots basketball but one of the biggest weeks in sports? That’s the goal. As far as I see it, we don’t have direct competition.

“Our goal isn’t running a race with anybody next to us, it’s a culture shift of what the All-American space is.”