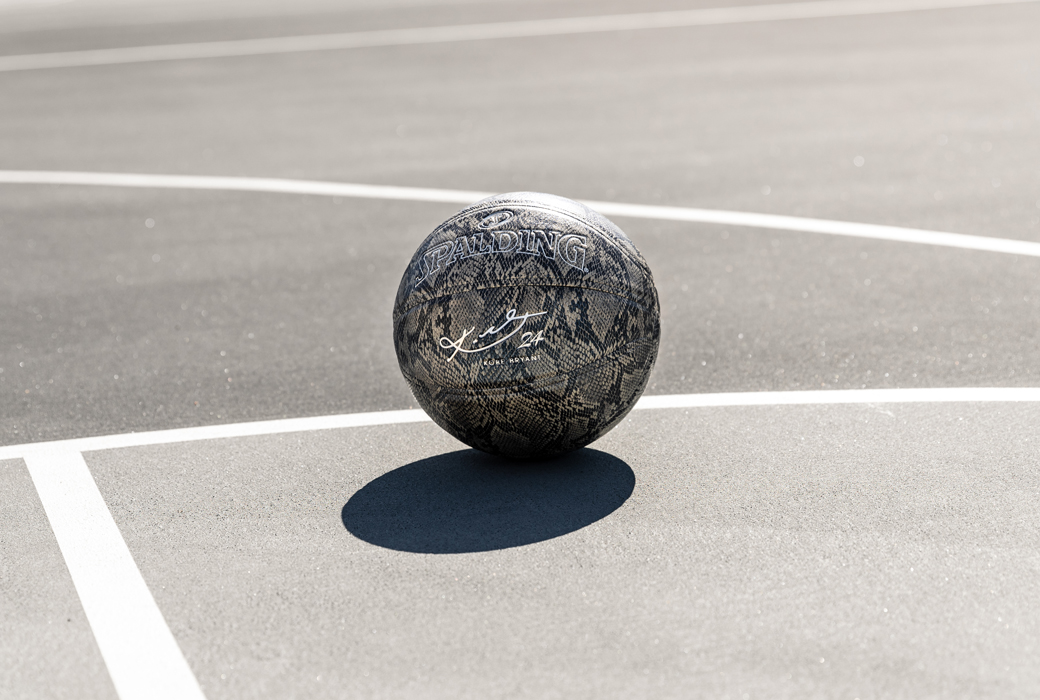 Kobe Bryant attacked everything he did with the same mindset—the Mamba mentality.

His drive and relentless work ethic led him to accomplish incredible things on and off the court. He was a five-time NBA champion, 18-time All-Star and two-time Olympic Gold Medalist who retired from the game as one of the greatest to ever do it. In his second act, Bryant had already become an Oscar-winning filmmaker, a published author of multiple books and an extremely successful businessman. He enjoyed more free time to spend with his family and took up coaching his daughter Gigi’s AAU team, the Mambas.

To honor the unwavering tenacity of a legend, Spalding is releasing a limited edition basketball that was designed with the help of Bryant before his tragic passing.

The first of the “Kobe x Spalding 94” line (the “24K Black Mamba”) dropped in 2019 and represented Bryant’s transformation into the fiercest competitor on the hardwood. The second of the series, the 94 Series Silver, celebrates another of Mamba’s transformations—from “a player with unmatched focus and determination, to a loving husband, father, coach, entrepreneur, philanthropist and author,” per Spalding.

The product is grey and silver with a snakeskin pattern, a nod to the fact that Kobe continued to shed his “player” skin and attack brand new challenges. It comes out June 15th on Spalding.com.

See additional photos and close-ups below:

Overall, Spalding says the basketball is “dedicated to Kobe’s mission and to everyone in the process of transforming into a champion in whatever they do.”

The hope is that it continues to inspire people around the world, pushing us all to embrace the Mamba mentality that led Kobe to such greatness.

In recognition of Bryant’s incredible legacy, Spalding has made a donation to the Mamba and Mambacita Sports Foundation.