Isaiah and Evan Mobley are standing by an outdoor water fountain on Rancho Christian’s campus awaiting a photographer’s instructions when some classic big bro-little bro banter sparks up out of nowhere.

Isaiah, about 20 months older than Evan, is headed to USC—about two hours north of their current school in Temecula, CA—next fall. The looming relocation is the topic of discussion when the back and forth begins.

“He’s not going to know what to do with himself when I leave,” says Isaiah.

“What are you talking about? Every single time you go to L.A. I always do something else,” Evan responds.

“He’s not ready. Every morning I get up, and I gotta tell him that it’s time to leave—drive him over here, making sure his practice jersey is all clean!” Isaiah says.

“Did I not ask you that this morning?!”

“Where is your practice jersey?”

“It’s at the house in the dryer—I ain’t worried.”

The Mobley brothers are the country’s best sibling duo and it’s easy to see why their on-court chemistry is second to none. Isaiah is ranked among the top-15 prospects in the Class of 2019. Evan is ranked as the No. 1 recruit in the Class of 2020. Together the duo has placed Rancho Christian on the national stage.

The Mobleys come from a basketball family, with their dad, Eric, having hooped collegiately at Portland and Cal Poly Pomona before playing professionally in Portugal, Mexico and Indonesia. Their mother, Nicol, also hooped as a teenager.

“My dad created a team for us so I started playing with them,” Evan says. “I would always play up [in age] because [Isaiah] was older than me, so that always made me better. So when I played down, I was dominating my age group.”

Adds Isaiah, “Growing up we were always a close, tight-knit family. All basketball-oriented. My first word was ‘ball.’ I started playing very young. My dad played overseas and my mom played in high school so basketball was second nature to us.”

Family values have always played a large role in the Mobley household. Isaiah and Evan have had three other foster siblings throughout the years. One is a foreign exchange student from China named Johnny who needed a host family while studying at Rancho Christian. A second was a 5th grade student in one of their mother’s classes (Nicol is a teacher) who asked to be taken in and lived with them for about seven years—Isaiah and Evan were in elementary school at the time. The third one the family met through relatives when the boys were younger.

Isaiah, a 6-10 senior forward, regards himself as the more talkative of the two, while Evan, a 7-foot junior center, is more of the silent assassin type. Their younger days were filled with competitive battles on an almost daily basis.

“Evan would always want to play me one-on-one after practice because he would play against his teammates and would do real well,” recalls Isaiah, who says he was around 8 years old at the time. “I just remember that I was beating him [but] would have to try harder because he was getting better. His competitive drive—he would try to play until 100 until he could win. I think that rubbed off on me because when I was younger I played hard always and played to win, but not as intense as I do now.”

Isaiah adds, “We used to [fight a lot] because he had temper tantrum problems, but now he got it under control so we don’t have no problems. It was good though—he was a sore loser, which is good [and] it plays into him now because he plays hard and he hates to lose. I used to beat him in 90 percent of stuff and he used to hate it. One-on-one, I’d beat him and he’d try to fight me. But, also, I think that’s why he is so good now.”

Isaiah’s affable and social nature extends beyond the basketball court—a trait even his teachers notice through his time at Rancho.

“[Isaiah] was the student that every teacher would want in their class,” says Ms. Janine, an ASL (American Sign Language) teacher at Rancho. “He always would be the student that when something would be taken out of context—because you’re learning about culture—he’d be the one to say, ‘Alright, let’s bring it back and stop being immature.’”

Evan, meanwhile, has always been the more reserved one of the two, though still an ultra-competitor, even as young kid. And while that extra assertiveness has helped him emerge as an All-American caliber talent who sits atop of his class, it did lead to some painful minor injuries growing up.

“One time [Evan] was running up a wall to dunk on this 10-foot rim and he was dunking and dunking,” Isaiah says. “My dad told him to stop because he didn’t want him to get hurt because he was still young. He dunked it again. Ran up the wall and dunked it again. Fell on his wrist and broke it. It was his right hand—his predominant hand. Then he hurt his wrist again, and ever since then he’s been like almost left-handed. He shoots right-handed, writes right-handed, but on the court you’ll see him a lot leading with his left hand.”

Evan also points out that he chipped his tooth at his cousin’s house while playing WWE-style wrestling with Isaiah. “One time I went to go tackle him and he flinched—because he flinches at everything—and he put his knee up and so when I went to tackle him, he hit me in my mouth,” Evan says.

Aside from helping bring Rancho Christian into the national spotlight, the duo starred with Compton Magic on the AAU circuit last summer, where they led the program to yet another adidas Gaunlet championship with a 20-2 record before a showdown against Nike’s EYBL champion, Team Takeover, where they came out victorious in an overtime thriller. Evan finished with 22 points, 6 rebounds and 4 assists, while Isaiah chipped in 9 points, 7 rebounds and 4 assists that night.

After leading Rancho Christian to the CIF Division I regional semifinals last year and falling short from getting there again this season, the Mobleys have officially finished up their final season together—until they inevitably reunite at some point or another at a higher level.

“Everyone always tries to split us up, but we always find a way to come back to each other,” says Isaiah, who will be reuniting with his dad—an assistant coach at USC—in college. “The only time we’re not on the same team is usually in practice because if we’re on the same team then it won’t be fair. Besides that we always try to play together, because it only does wonders for the both of us.” 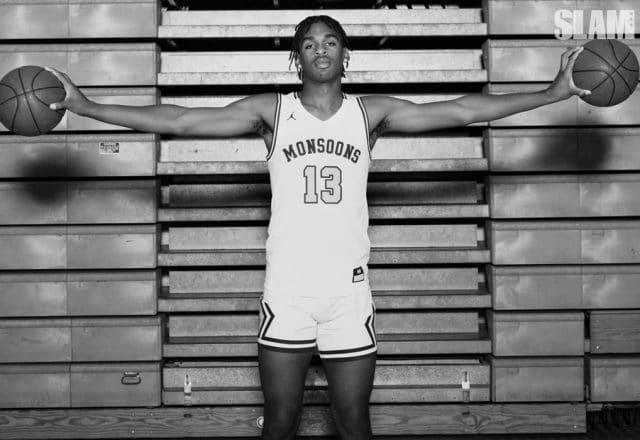 JUST DIFFERENT: Five-Star Guard Josh Christopher Is Riding His Own 🌊 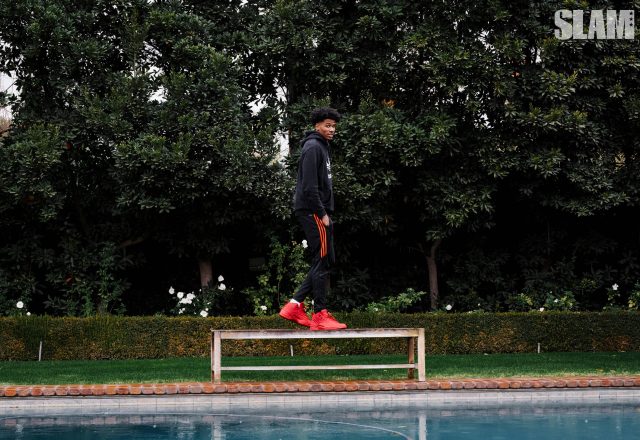