With their new ballhandling app, DribbleUp, two brothers from Brooklyn have launched the next phase of basketball training. 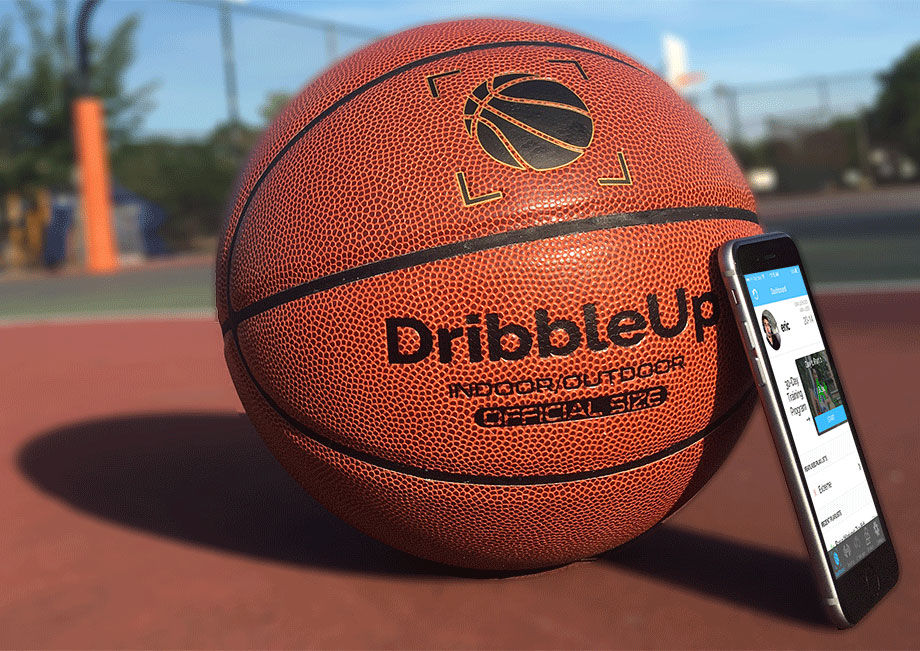 The majority of basketball training products and apps are one-dimensional. They leave much to be desired and don’t provide a lot of room for growth. To be fair, those products haven’t been given a lot of time to catch up with the rest of the technology boom that’s gone on everywhere else (shouts to the social media gods).

The market for a comprehensive, layered basketball training app was wide open. Was.

Eric and Marc Forkosh, who grew up in Midwood, Brooklyn, are about to corner that market, strangle and put it to rest. Their app, DribbleUp, is where the court and the computer meet.

Marc, 20, says his older brother Eric, 23, is a computer vision expert. Eric says his brother is basketball-obsessed. They can both back those statements up. Eric filed a US patent for the visual recognition software in the app and Marc has developed relationships with world class pro trainers Gabe Gibbs and Jerry Powell, among others.

Over the past year and a half, the brothers have put their brains together to develop DribbleUp. The free app and accompanying basketball ($80) combine to provide users with a 30 day training program to improve ballhandling. The brothers linked up with Gibbs, making him the official trainer for DribbleUp. It’s him guiding users through drills once the app’s launched.

But it does more than just show you drills. It breaks down how you dribble.

“Once you can track a ball accurately, and know where a ball is onscreen, you get a lot of really detailed metrics,” Eric says. “Dribble speed. On top of that you have location consistency. When I’m dribbling, am I all over the place? Another thing is height consistency. Crossover speed. No one knows their dribble speed.”

But with the app, all that is at your fingertips. Throughout the course of the 30 days, your stats do change. And you can share all that data, both in the app and through social media.

Mastering an in-and-out to a right-to-left cross is a tall task and can’t be done with just 10 minutes a day. But after using DribbleUp for two weeks, handle feels tighter and there there won’t be as much distance on your crossover.

“For dribbling, there’s moves, there’s all kinds of information that you need to have on how to dribble well,” Marc says. “It’s not something you should do alone.”

That’s exactly why the app is taking off in trainers’ circles.

Eric quotes the trainers they’ve worked with. “‘When a kid goes into a training session with me, I don’t want them to be working on ball handling with me. We have this court, we have a hoop. That’s something they should be working on on their own.’ Everyone’s saying me plus this app, that’s gonna change the game.”

Facts on facts. It’s the first training app that actual trainers trust. Because it produces results.