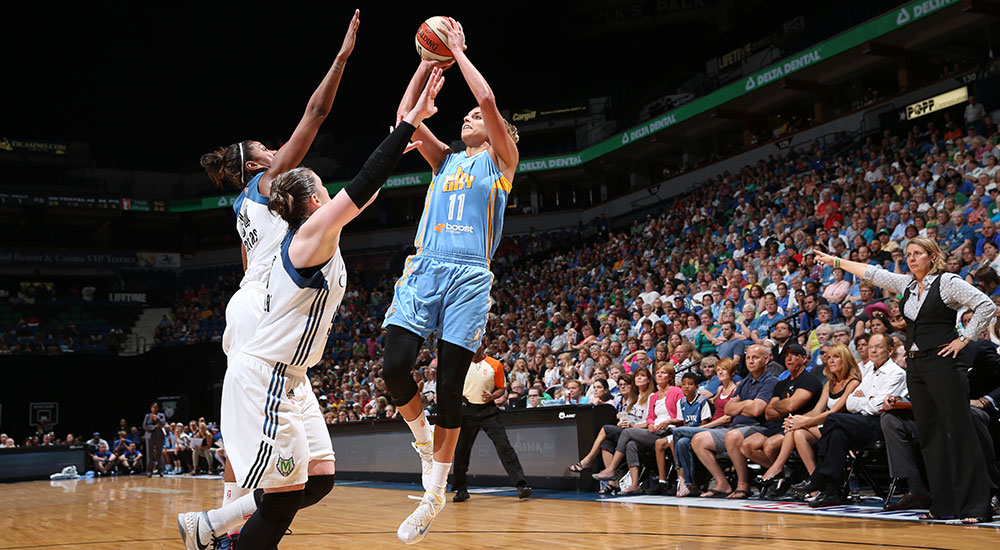 In the West, it’s Maya Moore, Brittney Griner, Candice Dupree, Seimone Augustus and Skylar Diggins (although Diggins and Augustus will need a replacement due to injury).

Head coaches and four players will be wearing live microphones over the course of the game. Additional highlights are below:

· Columnist Mechelle Voepel will report from Mohegan Sun Arena;
· Leading up to Saturday’s game, Voepel will profile leading All-Star vote-getter Elena Delle Donne, name her top five MVP candidates at the break, and provide additional on-site pre-game coverage and features;
· W @ The WNBA All-Star Game will have one-on-one interviews with WNBA participants and coaches;
· Live social media content involving fans and All-Star players;
· The @espnW Twitter account will use the official @TwitterMirror during All-Star practice;
· Before regular-season games resume, Michelle Smith’s midseason report will break down all 12 teams, including midseason grades for the first half of the season.