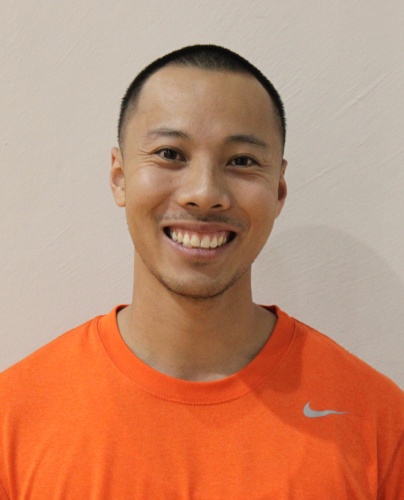 When Kevin Pham walked into Sociology 300 for the first time this semester, he really didn’t know what to expect, but he knew it was something he needed to do.

Having already received his Bachelor’s degree from the University of California, Berkeley, this would be the first time Pham had attended a college class in almost 10 years.

He scanned the room of strange faces, swam through a swarm of students and desks, and eventually found a seat right next to the young woman he had been looking for.

This is his point guard. He is her basketball coach. Assistant head coach Kevin Pham, to be exact.

When the starting point guard for the Cosumnes River College women’s basketball team was having trouble keeping up and making it to class on a regular basis, Coach Kevin, as he’s fondly referred to, had to blow the whistle on his young player.

“It became more than just basketball,” said Pham. “It was more about teaching her how to be accountable and responsible for her actions. I wanted her to understand how important it is to go to class, so I made the effort to attend class with her every Tuesday and Thursday.”

This past summer, Pham left his job as a senior consultant at Accenture, the largest consulting firm in the world, to pursue coaching and to become the full-time, assistant head coach for the women’s basketball team at CRC.

He admits that his decision to quit his job in favor of coaching women’s basketball is a bit questionable, especially in this economy, but for Pham, it was about more than just making money.

“It was definitely a hard decision; my mom even questioned it,” said Pham. “But you have to invest a lot of time, you have to be committed, you have to have the right attitude, and you have to make some sacrifices—I won’t even say it was a sacrifice; it was something I needed to do.

“I felt like if I really wanted to be successful at coaching, I needed to make that commitment.”

As a small community college located in Sacramento, Ca, CRC has never been a powerhouse program in the world of college sports, let alone in their own division. Before Pham came to CRC, the program’s best record since joining the Big 8 Conference in 2005 was 10-22.

“We weren’t the most talented team at that time, but we had a group of young women that worked hard and loved to play the game,” said Pham. “We knew that if we kept that going for us, the wins would come eventually.”

In the following season, Pham was promoted to assistant head coach, where his duties would consist of studying game film, developing practice plans and recruiting players from local high schools. He began stressing fundamentals, instilling defensive schemes and taking a more hands-on approach with the team.

The Hawks would undergo a significant turnaround that year, ending the season at 21-12, just short of playoff contention.

After several more successful seasons, the Hawks finally made the playoffs last year for the first time in school history. As the 14th seed in the playoff bracket, the Hawks took on the third ranked team in the state, but came up short in the waning moments of the second half.

“We learned a lot from our first taste of playoff experience,” said Pham. “It definitely exposed some of our flaws, but it also showed us what we needed to work on to become a better team.”

During the summer of 2010, after spending four years coaching the CRC women’s team, Pham decided to test the coaching waters at the next level and began filling out applications at a number of universities.

Pham filled out 53 applications for anything and everything, jobs ranging from assistant coach, to video coordinator, to high school scout.

As fate would have it, Pham was also met with 53 rejection emails.

But instead of giving up, he decided to take a different route.

“I started to try to build a network by working basketball camps. I knew that if I did it with enthusiasm and passion, these schools would see that I have the qualities that can really help a program.”

Pham began contacting colleges, and over the course of two summers, he began traveling and volunteering at basketball camps with some of the biggest women’s programs in the country: University of Texas, University of North Carolina, Texas A&M, Villanova, Notre Dame and his alma mater, UC Berkeley.

“He’s grown a lot since his first year,” said Coral Sage, head coach of the woman’s basketball team at CRC. “He’s gone to a lot of clinics, he’s done a lot of camps, and that’s just helped him grow.

“I know he has big dreams to coach at a next level, and I think whatever he sets his mind to, I believe he’s going to attain. He’s just that driven and that determined.”

With a record of 7-3, the Cosumnes River College Lady Hawks are currently the sixth ranked team in Northern California and are looking to making to make a strong push going into the second half of the season.

Pham knows that the path ahead of him isn’t going to be easy, but his desire to coach and be successful is unquestionable.

“Sure there are a lot of questions about me quitting my job. I have no health insurance, no income and no real sense of stability, but you have to take a chance.

“To me, it’s not a risk. It’s me pursuing something that I really love to do. And because I have that passion for it, I want it more than ever.”