Can’t Hold Us Down

Lost amid this summer’s deluge of splashier, less uncomfortable headlines, a group of WNBA players refused to have their public political protests silenced. Threatened with discipline and fines, they fought the league. And won. 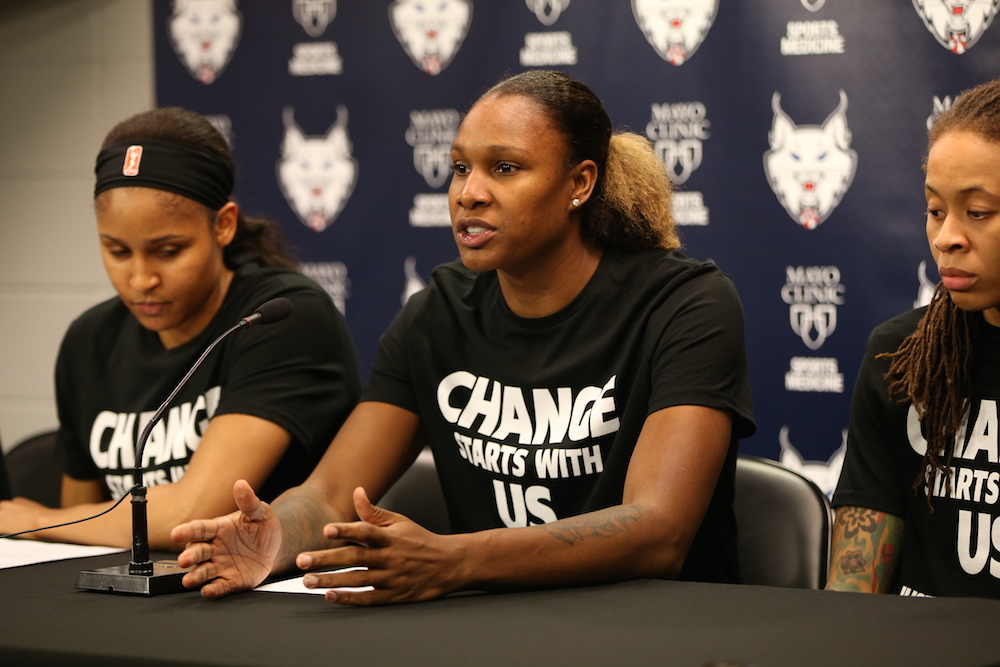 There are times when the rock of history gets pushed forward by just a yard and we miss the fact that it’s not just an ordinary yard. It’s one that takes us into new territory.

I would make the case that such a moment went down in July.

It’s understandable if we didn’t fully appreciate it. At the intersection of sports and politics, this was a cacophonous, emotional summer. There was the death of Muhammad Ali. There were the countless controversies at the Rio Olympics. And there was that moment at the ESPYs when Carmelo, CP3, D-Wade and LeBron opened the show by speaking about police violence and made a public commitment to use their platform to help agitate for a solution.

In a smaller font, with far less attention, this summer was also when WNBA stars like Maya Moore, Lindsay Whalen, Rebekkah Brunson (above with Moore), Swin Cash and Tina Charles used their own platform to wear political t-shirts during their pre-game warmups. Emblazoned upon these black t-shirts were the names of Alton Sterling and Philando Castile, both killed by police, as well as a message of support for the Dallas police officers killed by a sniper at a demonstration against police violence. Then came the crackdown. WNBA President Lisa Borders—following the direction of NBA Commissioner Adam Silver, according to my reporting—sent letters to all the teams involved in these kinds of on-court political statements.

Players were warned of fines if they continued to wear anything other than official warm-ups before games. Silver’s belief—and it’s a fine line—is that he wants players to be able to express themselves politically…just not on the court. As he said at his press conference during the Vegas Summer League, “My preference would be that players adhere to our uniform rules, both in the NBA and the WNBA. I think it’s a very slippery slope. As to where you would draw the line when it’s appropriate for a particular player to use that, use a game, pregame, as a political forum, I think it’s a dangerous road for us to go down. So I would greatly prefer that the players use the platform they’re given, social media, press conferences, media in locker rooms, however they want to do it, to make their political points of view be known.”

This was, NBA officials told me, the same policy exercised toward NBA players like LeBron James, Derrick Rose and Kyrie Irving after they wore “I Can’t Breathe” shirts following the death of Staten Island’s Eric Garner, who died after being put in a police choke hold. LeBron and company complied with the NBA’s wishes: They wore the shirts until they were asked not to. Yet the players in the WNBA refused to comply. They were fined $500 but refused to pay. They pledged to not speak to the media about anything other than the political reasons for why they would continue to protest. Even Carmelo expressed his support, saying, “I don’t see no reason to fine them. If anything you should want to support them.”

The players in the WNBA were saying that the League Office does not have power over their rights to express themselves on the court—that this is in fact contested space and they would fight for that space. Then something remarkable happened: with very little fanfare, the NBA blinked. A tersely worded statement from Lisa Borders was issued that the fines would be rescinded. The players stood their ground and they won.

This story, told at the margins of the sports page, matters because the NBA season is now set to begin and the League’s biggest stars have made it explicitly clear that they plan on speaking out about the world around them. It just got easier thanks to the women of the WNBA. They showed what solidarity, strength and resistance to corporate pressure looks like. In doing so, they have created space for NBA stars who care about these issues to have an easier time with Adam Silver and anyone who would hope to muzzle them. That door is now open. All they have to do is walk on through. 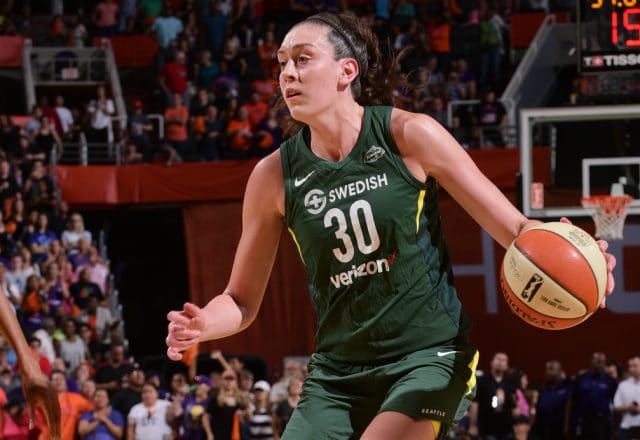 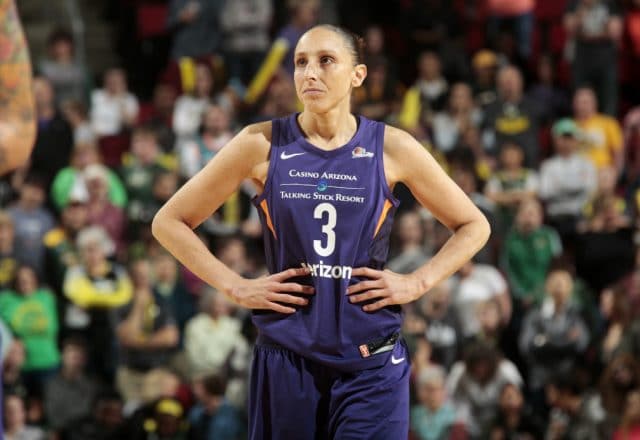